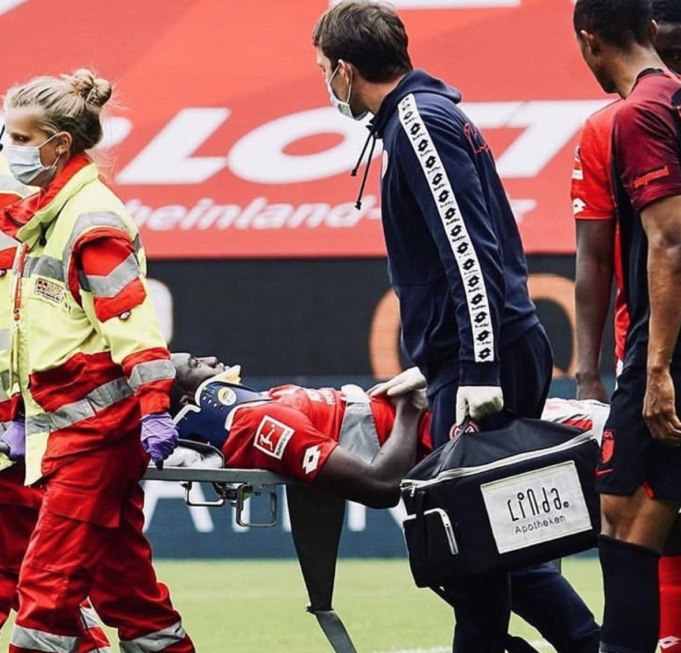 Super Eagles defender, Jamilu Collins will certainly play in the Bundesliga 2 next season except he moves elsewhere after his Paderborn side suffered an embarrassing loss at home to seal their return to the second tier division next season, AOIFootball.com reports.

Kevin Akpoguma and Ademola Lookman: Both players started on the bench for their respective clubs as Hoffenheim played host to RB Leipzig with Dani Olomo striking a quick brace in the first half to ensure the visitors ran home with all 3 points.

Lookman was introduced for Patrick Schick on 68 minutes whilst Akpoguma saw just 9 minutes of action for the host who still remain in contention for a Europa League qualifying spot.

Jamilu Collins: The former Abuja College defender was on from start to finish for SC Paderborn as they all but seal their place to the Bundesliga 2 following a disappointing 5-1 home loss to Werder Bremen thus condemning them to their 19th loss of the campaign.

The loss leaves Paderborn 8 points behind 16th place Fortuna and will now need more than a miracle to beat the drop with just 3 games left in the league.

Kingsley Ehizibue and Anthony Ujah: Eagles’ new boy Ehizibue was on from start for host FC Koln as they lost 2-1 at home to visiting Union Berlin who had former Eagles striker Anthony Ujah among the substitutes.

Ujah was however introduced for Sebastian Anderson on 63 minutes whilst Ehizibue was replaced at the same time with Kingsley Schindler taking his place.

Both teams however remain on 35 points after 31 games and have all but secure their status in the top flight for yet another season.

Taiwo Awoniyi: Having finally hit the ground running with loan Club Mainz 05, the former Golden Eaglet striker was stretchered off after just 23 minutes following a collision with Felix Uduokhia as his Mainz side suffered a narrow 1-0 loss at home to Augsburg.

The striker was immediately taken to the hospital but was fine after the game and should be ready to help the club beat the drop with just 3 games and 3 points keeping them above the playoffs spot.