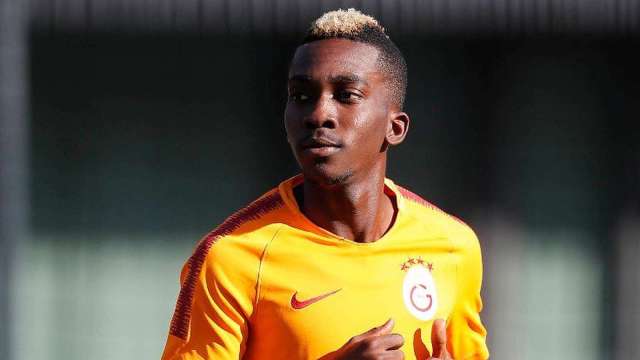 Despite his team’s 2-0 loss to Caykur Rizespor at the weekend, Galatasaray forward, Henry Onyekuru who saw 77 minutes of action in the game believes the league is not lost yet for his side, AOIFootball.com reports.

It was the first time in about three months football returned to Turkey due to the Covid-19 pandemic and the current champions really did not come to the party in the game.

Speaking after the team returned to training on Monday, the former Anderlecht of Belgium star maintained that though they regret the loss, the team’s focus remains on winning the league and they will bounce back to reckoning in their next game.

“ We are not happy we lost the game because we thought we could have won or even returned with a point but you know it is football and we lost on the night.

“That being said, we would get back to work and return to winning ways soon. The league is still in sight and we will give it everything we’ve got,” an optimistic Onyekuru said.

Galatasaray plays next on Sunday at home at the Turk Telecom Stadium and will host Gaziantep. They currently are third on the log with 50 points from 27 games, 6 points adrift table-toppers Trabzonspor who have 56 points.