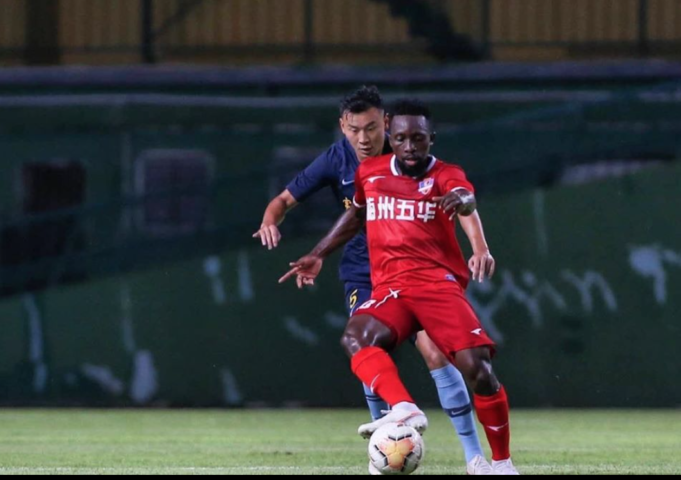 The former Enugu Rangers top goal poacher moved from Japanese side Suwon FC in January to Chinese League One club Meizhou Hakka and was set to make his competitive debut in March when the league was supposed to resume but was halted due to the Covid-19 pandemic which halted the game worldwide.

Egbuchulam told AOIFootball.com that he has missed the game and is eager to get back to the pitch, though no date has been fixed for the resumption of football in the division by the league body.

“Everything is good here and so far have played only 11 games, all friendly. Though the situation we face presently is better, we still hope that the league will start soon,” he said.

Egbuchulam has scored 6 goals with 2 assists in 11 test games since joining the Chinese outfit. No date has been set for the Chinese League One at the moment.