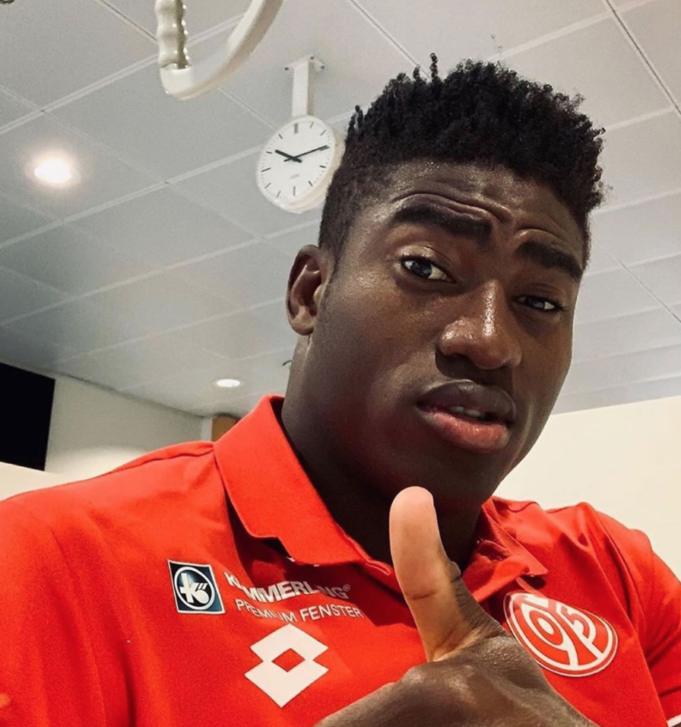 Super Eagles and Mainz 05 striker, Taiwo Awoniyi who had a collision in the 23rd minute of the game against Augsburg in the German Bundesliga on Sunday, has revealed he went blank immediately during the clash of heads and only woke up to see himself on the hospital bed, AOIFootball.com reports.

Speaking exclusively to AOIFootball.com on Monday from the club’s hospital, the Liverpool player was full of thanks to all who reached out and to God for saving his life while recounting the episode.

“All thanks to God. He is forever faithful. Honestly, I don’t know I just saw myself at the hospital,” Awoniyi narrated.

Awoniyi further revealed that he couldn’t determine how long he would be out of action as the doctors have not said anything about it but he is focused on his recovery at the moment.

“Will have to see regarding the remaining games. I will know soon when I can return to training but I’m feeling okay and much better at the moment,” he stated.

FSV Mainz however lost the game 0-1 to Augsburg.

Friendly: Eagles set for Tunisia after another COVID19 tests