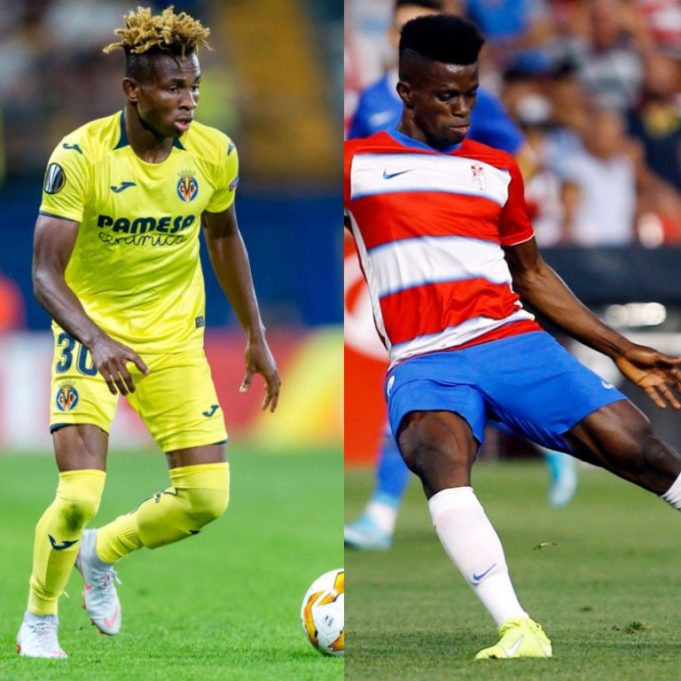 The Spanish LaLiga entered its matchday 30 on Friday night with no fewer than four Nigerians on parade for their respective clubs, AOIFootball.com reports.

At the Estadio Nuevo Los Carmenes in Granada, Eagles duo of Ramon Azeez and Samuel Chukwueze were both named on the bench for the match between Granada and Villarreal, with both sides hoping to boost their chances of European football next season.

An early strike from Gerrard Moreno put the visitors ahead going into the half time break before the host introduced Azeez on 61 minute for Fede Vico with Chukwueze also replacing Javier Ontiveros four minutes later.

Both players however tried to impact the game in their own little way but it was Chukwueze who went home the happier as he side recorded their 3rd straight win on the bounce to to move level in point with 6th place Real Sociedad.

Azeez did have a better rating in the game earning an impressive 7.0 rating, completing 76% of his passes, making 3 interceptions, 1 clearance and also winning 3 duels whilst Chukwueze finished on a rating of 6.0 and also picking up his second yellow card of the campaign.

Meanwhile at the Estadio de Son Moix in Palma, Super Eagles defenders Kenneth Omeruo and Chidozie Awaziem were both given the nod to lead the line for Visitors Leganes away at Mallorca as they bid to overtake their host on the log table. 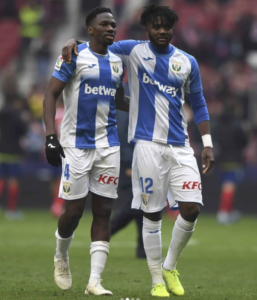 Their task was however made difficult when the host took the lead via the boots of Salva Sevilla much to the disappointment of the visiting team.

Awaziem then made way for Javier Aviles on 81 minute but the visitors somehow stole a point 3 minute from time when Oscar Rodriquez found the net to ensure both teams continue their struggle to beat the drop.

Omeruo will go on to be the star among the duo with an impressive rating of 7.1, making one clearance and interception, winning 7 duels, and also completing 74% of his passes whilst Awaziem finished with a rating of 6.5.

The point still sees Leganes remain bottom of the log on 24 points, 3 points separating them and 17th place Celta Vigo with 8 more games to go in the league.