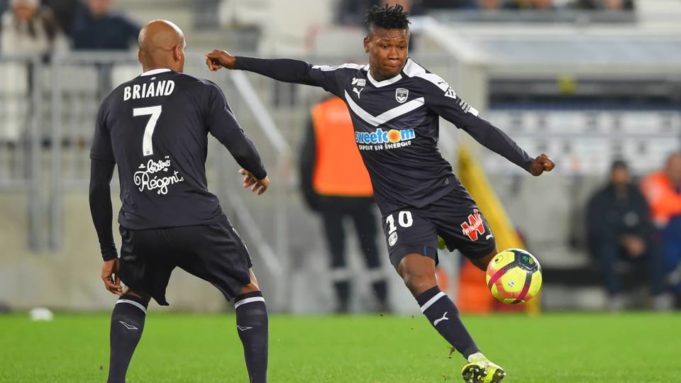 Super Eagles and Girondins Bordeaux winger, Samuel Kalu is interested in leaving his French club this summer, a source close to the player has told AOIFootball.com.

Kalu joined Bordeaux from Belgian Pro League club KAA Gent in 2018 but has not had the best of times at the club with lots of family issues forming a distraction to the progress of the young lad.

The club also feels the €8m fee spent on him has been a waste of resources.

The 23-year-old scored just once in 20 league appearances for Les Girondins last season and has also been criticized by manager Paolo Souza for not showing enough commitment to training.

“Kalu has had different issues to deal with since joining Bordeaux and one that really affected him, apart from injuries was his mother’s abduction last year. This was really a devastating moment for him and made him lose concentration.

“The young lad has shown signs he wants to leave and preferably to Turkey,” the close source revealed to AOIFootball.com.

According to Girondis33.com, and other news outlets in France, the winger is willing to move to Turkey this summer with Galatasaray his preferred destination.

Bordeaux is also willing to let Kalu leave but will demand a fee in the region of €10m for the player.