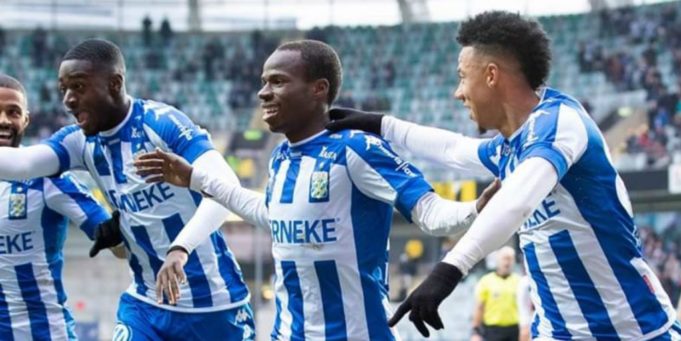 Nigerian youngster, Alhassan Yusuf continued his bright start to the 2020 Swedish league season after he produced a man of the match performance to help IFK Göteborg to a comeback 2-2 draw at home to Mjällby AIF, AOIFootball.com reports.

The 19-year-old, who was named the Allsvenskan newcomer of the year last campaign, featured for the entire match duration, a performance which earned him a spot on the team of the week for matchday 3.

With. Rating of 7.9, the midfielder takes his place in a 4-3-3 formation with teammate Tobia Sana (7.8) and Bilal Husain of AIK (7.9) completing the midfield trio.

The former FC Hearts of Nigeria academy prodigy produced an all-round display that saw him complete an incredible 93% of his passes, make 4 key passes, win 8 duels, 4 key interceptions, and also complete 2 of his 3 take -on in the clash.

Having joined the club in 2018, the Kano state- born midfielder will now hope to surpass his achievement of last campaign which saw him start 24 of his 26 league games whilst also scoring 2 goals and providing one assist in the process.