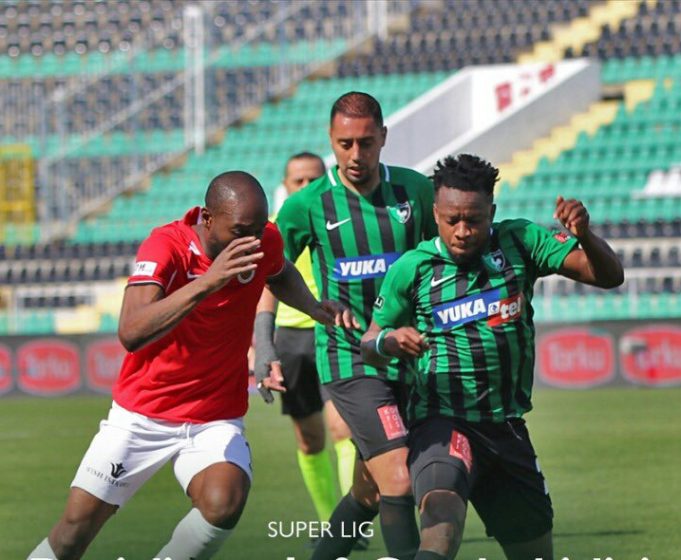 Super Eagles midfielder, Ogenyi Onazi has said he will be fit and ready for action for his club’s next home game against Olanrewaju Kayode’s Gaziantep on Friday, July 3rd, AOIFootball.com reports.

The former SS Lazio of Italy midfielder missed his side’s 5-1 bashing of Besiktas and will now offer a massive boost to the club when he gets back to the pitch.

Speaking to AOIFootball.com, the combative midfielder, who says he is getting better stated that his side must now get their training routines right on match days and ensure they remain in the elite division next campaign.

“I’m recovering and will be fully ready for our next home game against Gaziantep. We have a tough clash away at Rizespor, though I won’t be able to make that trip as I want to recover properly.

“The aim now is to ensure we stay safe in the division; we have 6 big games to go and hopefully we can get the needed points and survive the drop,” Onazi said.

The 27-year-old has featured in just 7 games since his switch from Trabzonspor in January and has shown plenty of eye-catching performances in just 4 starts, with an average rating of 6.53, completing 90% of his passes in his own half, 73% in the opposition half and also averaging one key tackle per game.

Denizlispor will however have a huge impact on the league title with back to back trips to Basaksehir and Trabzonspor, with both sides going head to head in their quest to replace Galatasaray as the new league champions.

They currently sit 13th on the 18-team Super Lig table with 31 points from 28 games, four points above Koyanspor who are 16th, and occupy the relegation spot.