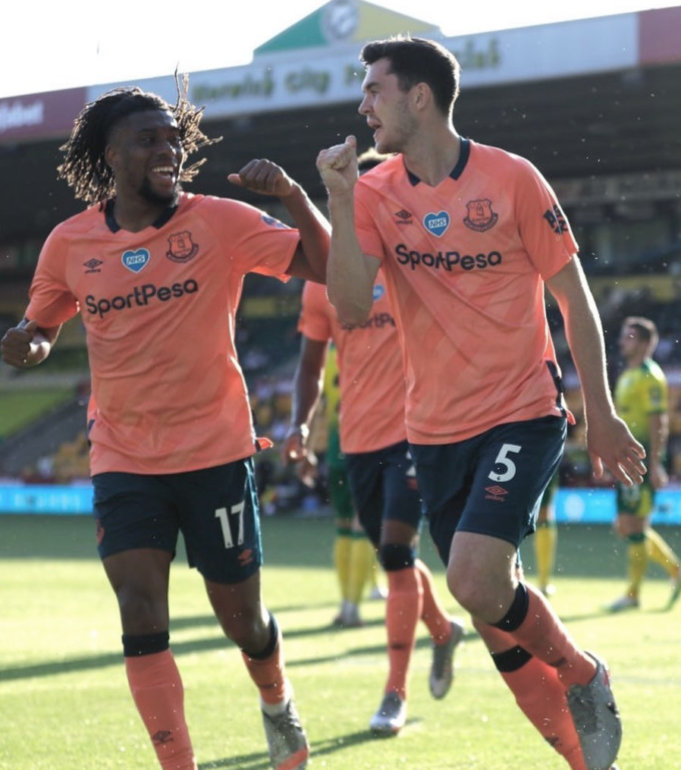 Despite coming under heavy criticism, Iwobi kept his place in the starting XI as the Toffees gunned for their first league win in 5 outings.

Everton however kept the chunk of the ball in the first 45 minutes of the encounter but it as the hosts that looked more dangerous going forward as they fashioned out more scoring chances but were unable to find the breakthrough.

Iwobi and his side then came out in the second period with more determination and deservedly took the lead 10 minutes after the restart when Michael Keane turned home a Lucas Digne assist to net the game’s only goal.

Iwobi was then replaced in the 88th minute much to the admiration of manager Carlo Ancelotti who was happy with the Nigerian’s contribution.

The former Arsenal star finished the game with an impressive rating of 7.8, completed 74% of his passes, made 3 key passes,  made 4 big clearances, completed 4 of his 5 take -ons and also won 7 duels.

The on-loan Shanghai striker replaced hat-trick hero Anthony Martial and did give a good account of himself as he completed 100% of his passes whilst also registering one shot on target.