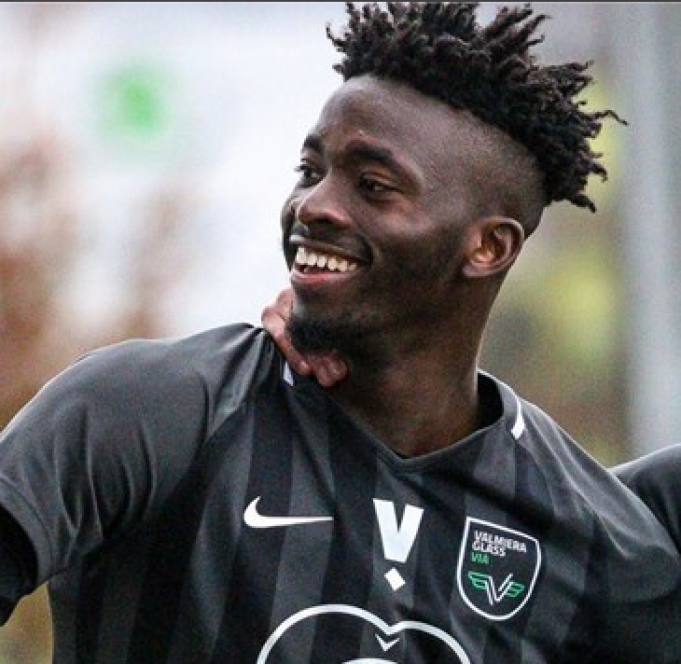 Nigerian players continued their impressive run in the Latvian Virsliga on Thursday as no fewer than 3 of them found the back of the net for their club’s whilst former Eagles goalkeeper Dele Alampasu was once again an unused substitute, AOIFootball.com reports.

Idowu David Akintola and Nnamdi Chinonso Offor: The Nigerian duo started for visitors BFC Daugava Daugavpils as they trashed host FK Tukums 6-0 to record their first win of the campaign in the 2 weeks old league.

Defender David Akintola set the ball rolling when he put his side ahead just before half time for 1-0 before a second-half brace from Vugar Asgrov and another striker from Andrejs Kovalovs put them 4-0 up.

Chinonso Offor then made it 5-0 on the 88th minute before Kovalovs also completed his brace to wrap up an empathetic 6-0 win for the visitors who now move up to 6th on the log.

Dele Alampasu, Christian Pyagbara, and Tolu Arokodare: Former Golden Eaglet goalie Dele Alampasu was in the bench for the entire match duration as his FK Ventspils side were forced to a 2-2 draw by visiting Valmiera FC.

19-year-old Tolu Arokodare put the visitors ahead with his first goal of the campaign on the 35th minute, a lead they held going into the half time break.

The hosts then introduced Christian Pyabara at half time with the result yielding immediate impact five minutes later when the duo of Kasper Svarups and Giorgi Eristavi struck within the space of 60 seconds to turn the tie around.

Kriss Karklins however denied Ventspils their second win of the campaign when he scored 19 minute from time as both teams settled for a share of the point.

Emeka Basil: The 19-year-old saw five minutes of action for FK Jelgava as he came off the bench in additional time but couldn’t stop them from going down 1-0 away at FS Metta/Lu.