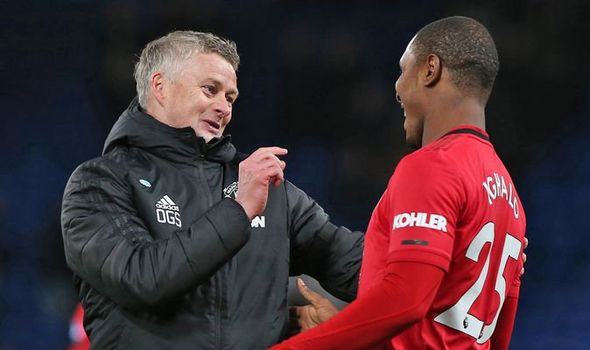 Former Super Eagles striker, Odion Ighalo continued his impressive goal-scoring form in the English FA Cup after he opened scoring for Manchester United to help them to a 2-1 win over a stubborn Norwich in the quarterfinals of the competition, AOIFootball.com reports.

The former Watford striker started his second cup game for the Red Devils who made a host of changes following midweek 3-0 thrashing of Sheffield United in the Premier League.

United deservedly dominated the first period but found it difficult to get past the impressive Tim Krul with both sides going into the half time break goalless.

Ighalo then scored six minutes after the restart when he poached home from close range to take in his 3rd FA Cup goal in just 2 starts.

Todd Cantwell however cut short United joy when he equalized for the hosts 15 minutes from time and stretch the game into extra time.

The 2019 AFCON golden boot winner was then fully involved in the match-winner two minutes from time when he flicked on for Martial whose first touch fell to Harry Maguire and the defender struck home the winner to seal a semifinal ticket.

Ighalo played for the entire 120 minutes, finishing with a rating of 7.2, completing 68% of his passes as he took his goals tally for the season to five in four starts for the Manchester side.