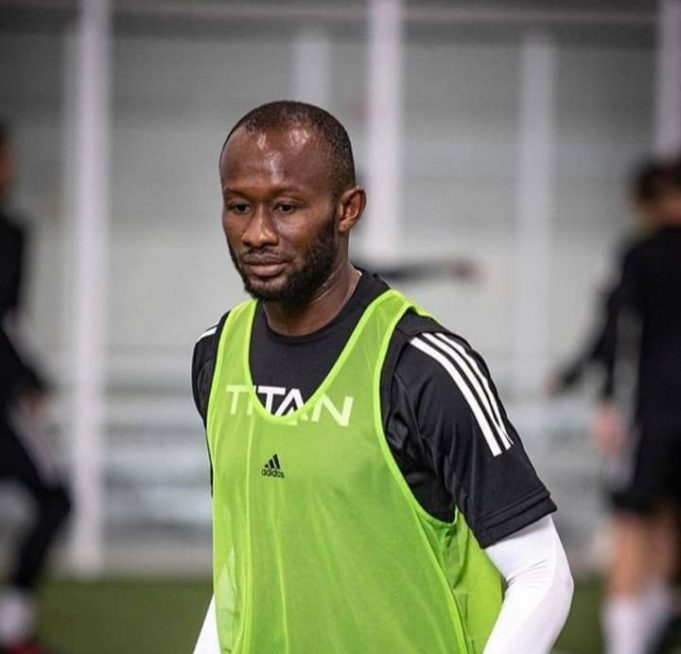 Former NPFL goal king, Mfon Udoh has expressed his readiness to finally set the ball rolling for new club FC Tulsa next week when the 2020 USL Championship resumes on the 12th of July, AOIFootball.com reports.

The former Enyimba of Aba striker joined the USL side in January from Akwa United but has had to wait long for his debut due to the global outbreak of the deadly COVID-19 virus.

In a chat with AOIFootball.com ahead of next Monday’s opener away at Energ FC, the record NPFL goal score stated that he was fully ready for the challenge as the club has its mindset on a positive start to the league.

“I’m fully ready for the restart; we have been training hard for several weeks so hopefully we can translate it to the pitch quickly because we have a very tricky month ahead with four consecutive away trips.

“There is no pressure at all for me; its a different terrain from the NPFL but I’m fully prepared for the challenge ahead,” Udoh stated.

They will however begin their campaign with an away trip to OKC Energy FC on 13 July before further away trips to Austin Bold and Rio Grande Valley. Their first home game come, however, in August.

Russia 2018: Nyirenda ready to drag U-20 players to senior team