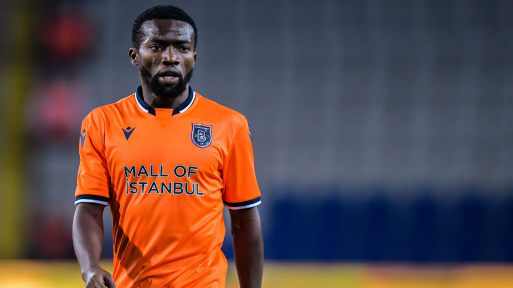 Nigerian international, Azubuike Okechukwu will finally become a player of Turkish side Istanbul Basaksehir in the coming days after the club reached an agreement with his Egyptian club Pyramid FC for his signature, AOIFootball.com reports.

The Olympic Eagles captain has been on a season-long loan deal with the soon to be crowned Turkish champions, with the club now taking up the option to land the Nigerian on a permanent basis following his impressive season with them.

Last month, the player revealed that discussions were ongoing already to make his stay in Turkey permanent and it now appears both parties have reached an agreement with the official announcement soon to be made.

The 23-year-old has featured in 17 league games this campaign starting 9 of them and has had an amazing impact in the middle of the park with Basaksehir just three games away from winning their maiden Turkish Super Lig title.

The former Caykur Rizespor man has completed an average of 91% of his passes in his own half per game whilst 83% have come in his opponents’ half. He has also contributed solidly to the defensive play, averaging 1.5 tackles per game.