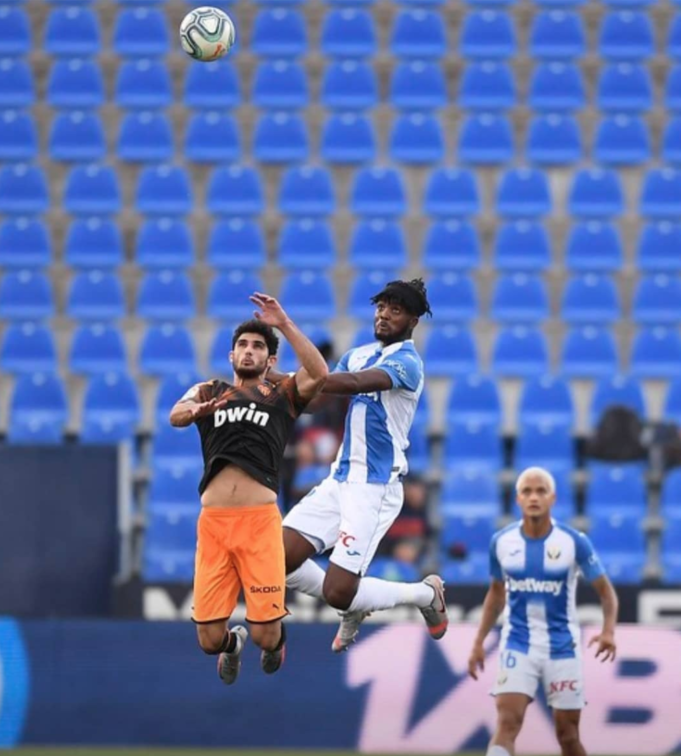 Super Eagles defender, Chidozie Awaziem produced yet another masterful performance in the colours of Spanish side CD Leganes as they earned a vital 1-0 win over Valencia to boost their chances of surviving relegation, AOIFootball.com reports.

With compatriot Kenneth Omeruo almost expected to miss the remainder of the campaign, Awaziem lined up in a compact five-man defence line as the hosts hoped to stretch their unbeaten run to three games.

After a cagey opening game, the hosts were awarded a golden opportunity to take the lead via the penalty spot, and captain Ruben Perez stepped up to convert, much to the joy of the hosts who held on to the lead going into the break.

The game however took a sour turn for Leganes when the VAR overturned a referee decision to award Johnathan Silva a straight red card on the 54th minute with the visitors winning a penalty four minutes later.

Goalkeeper Ivan Cuellar however saved their blushes from a Dani Parejo spot-kick and Leganes held on solidly to claim all three points.

Awaziem, who played for the entire match duration, earned a game rating of 7.0, made 5 big clearances, won 5 duels and also completed 70% of his passes.

Leganes still remain in the relegation zone but move up to 18th on the log, three points behind 17th placed Deportivo Alves who have a game in hand.