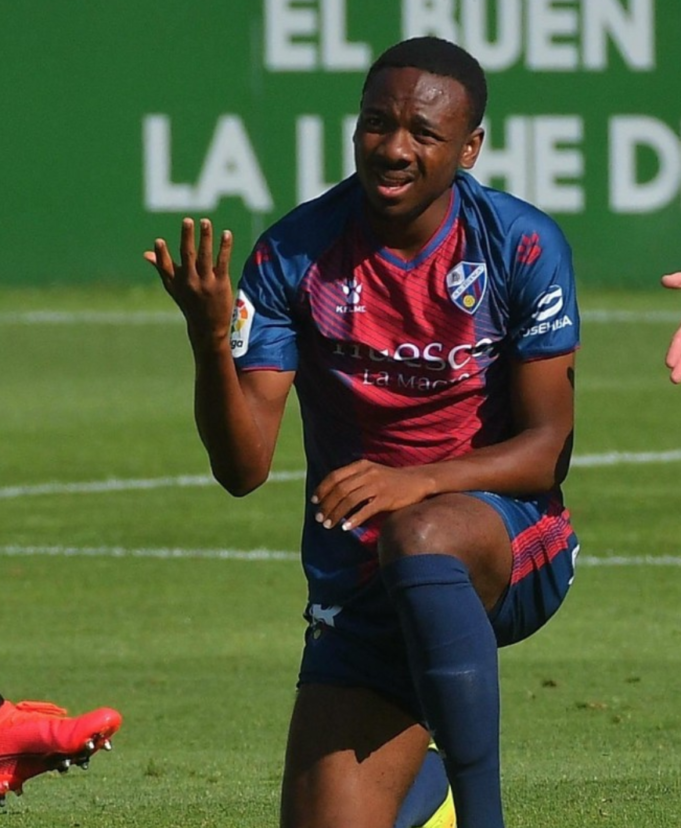 Nigerian international, Kelechi Nwakali has urged his Huesca teammates not to relent in their quest for LaLiga promotion after their slim 1-0 loss away to Racing Santander on Saturday, AOIFootball.com reports.

The former Arsenal youth player came off the bench in the last 20 minutes of the encounter but could not rally his team to the needed points but he stated afterwards that the club will have to forget the game in a hurry and shift their focus to their next two games which will make or mar their entire campaign.

Huesca are currently second on the LaLiga 2 table with 64 points, two points ahead of third-placed Zaragoza who dropped down the table following an abysmal return to the league which saw them lose 6 of their 9 games so far.

Nwakali and his teammates will however need to make the most of their home clash to Numancia next Friday before their final game of the season two days later away at Sporting Gijon.

The first and second position on the log automatically gain promotion to the elite division whilst the third to sixth place teams will have to faceoff in a promotion playoff with the winner joining the other two in the LaLiga next season.

I want to continue scoring for Galatasaray, says Onyekuru