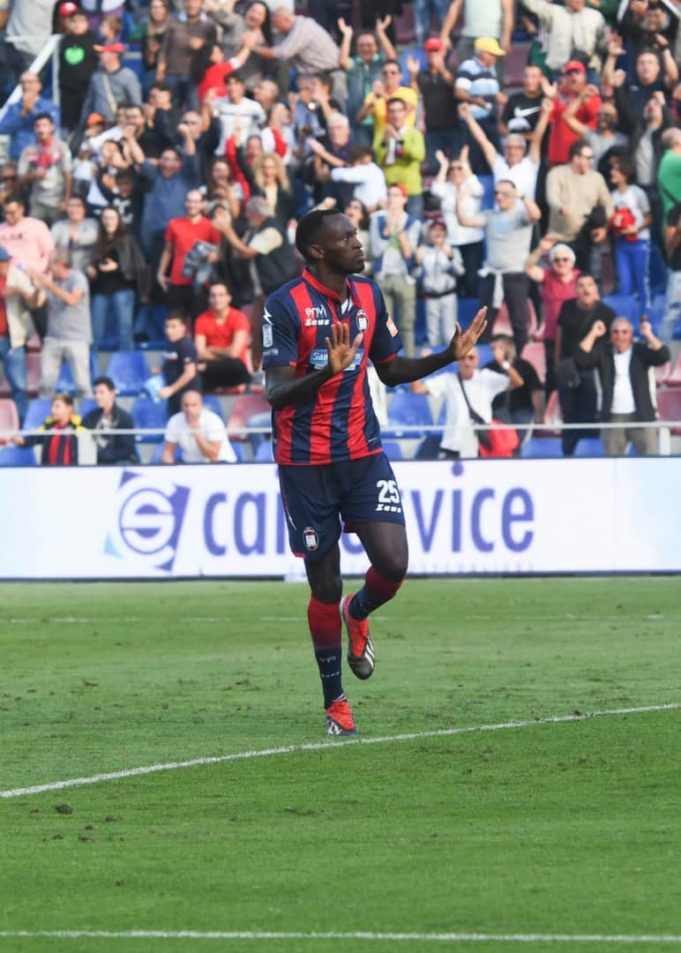 Super Eagles striker, Simy Nwankwo is attracting interests from top Serie A clubs following his superlative performance for Crotone which has repositioned them for a return to the elite division after just two seasons in the Italian Serie B, AOIFootball.com can authoritatively report.

The 28-year-old surprised many last summer when he decided to stick with Crotone despite a host of interests from other clubs but it now appears the club will have to do more if they are to keep their most prized asset when they return to the Serie A next season.

Simy signed a three-year contract at the beginning of the 2019/2020 season with promotion top on the club’s agenda and Crotone are now 5 games away from achieving that feat with Simy already netting 17 league goals and adding 4 more assists to his name.

European football Chasers have already shown interest in the player having failed to lure him last season and reports say they are ready to make an improved offer to lure the lanky forward who scored a spectacular bicycle kick against Champions Juventus two seasons ago.

The former Gil Vicente striker however has his sights set on finishing strong in the Serie B as he bids to clinch his second career golden boot award having first done so in the 2015/2016 Portuguese second division where he scored 20 goals to top the chart.

His 17 goals this campaign however puts him one shy of leader, Pietro Iemmello who has 18 goals. Simy also is 3 goals shy of his personal best haul of 20 goals in a single season.