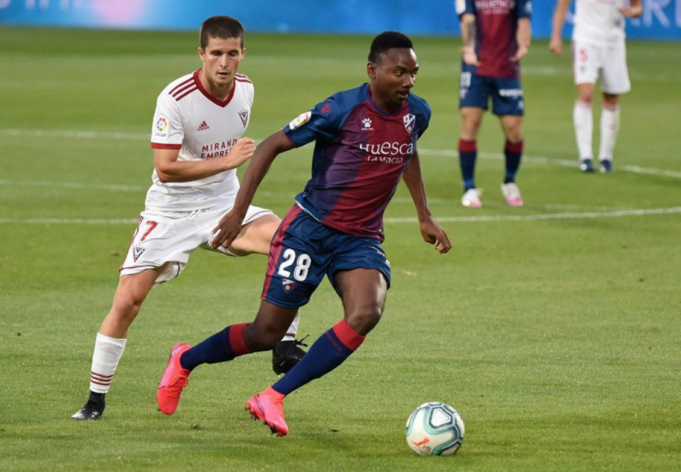 Former U1-17 World Cup winning skipper Kelechi Nwakali will play in the elite division of Spanish football next campaign after his Huesca side sealed promotion from the LaLiga on Friday night with a game to sparer, AOIFootball.com reports.

The attacking midfielder who reiterated his side desires to play in the Spanish top-flight next season was named among the substitutes as they welcomed Numancia to the El Alvoraz needing a win to confirm to boost their chances going into the final day.

Second half brace from Rafa Mir and another strike from Shinji Okazaki was enough to propel the host to promotion as third place Almeria lost away at SD Ponferradina to ensure Huesca picked one of the automatic promotion ticket going into the last day.

Nwakali who came off the bench in the closing stages of the encounter dedicated the achievement to God as he celebrated with his colleagues at full time.

“It can only be God. I am forever grateful, the midfielder posted afterwards.