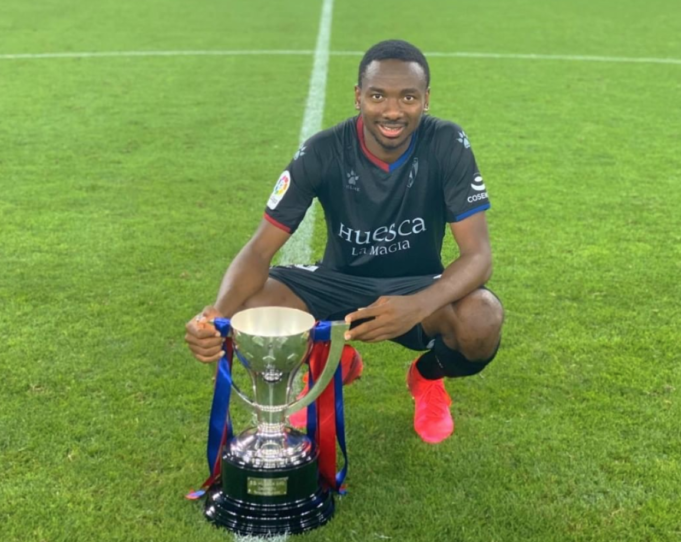 Nigeria international, Kelechi Nwakali has won his second career title after his club SD Huesca sensationally clinched the Segunda division in a dramatic fashion on the last day of the league in Spain, AOIFootball.com reports.

It was a memorable day for the former U17 National team captain as he also had his first start for the club and featured for the whole duration of the game which saw his side win 1-0 at Sporting Gijon.

To win the league, the team needed to win first and hoped table-toppers Cadiz lose at home at Albacete who were facing relegation battle. Cadiz lost 0-1 at home to Albacete which means Huesca claimed the trophy after their victory.

For his contribution, the 2015 U17 FIFA World Cup Golden Ball winner won four tackles, made two interceptions, completed 55 passes with a passing accuracy of 90%.

Thanks to the triumph, Huesca will be featuring in the Spanish topflight as champions of the second tier.

“What a way to end the season; promotion to the LaLiga: champion: first start: What a great God you are!,” Nwakali wrote on Instagram.