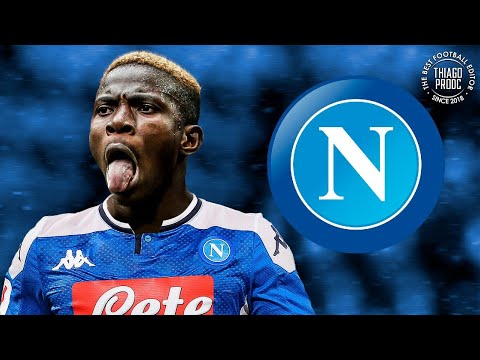 Super Eagles and Lille striker, Victor Osimhen will officially be the most expensive African player to be transferred in Europe with his new club Napoli set to unveil him to the public on Friday, AOIFootball.com reports.

Reports in the media indicate that the Nigeria U17 World Cup champion has completed his medicals and other relevant issues concerning the transfer have been sorted.

AOIFootball.com’s reliable source in Naples revealed that barring any last-minute changes, the club will make it official on Friday and the player will be a Napoli player.

There’s however been some back and forth drama since Lille and Napoli started talking about the deal, but all that seems to be over now as the player is already in Italy for the formal signing and unveiling to the fans.

The city of Naples and fans of the club have been eager to know the positive update about the transfer, and that would be put to rest this weekend.