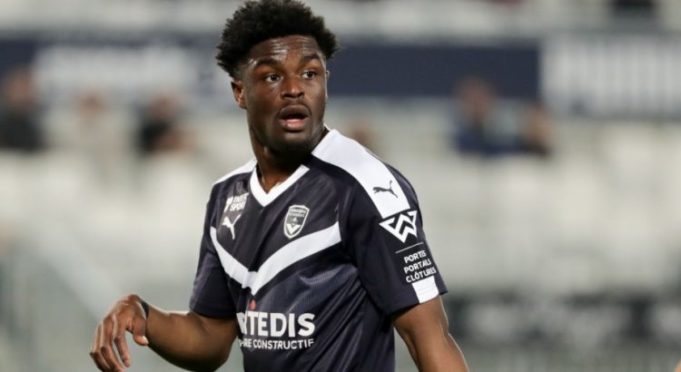 Super Eagles young striker, Josh Maja could become the second Nigerian to join Scottish side Rangers in this current window after news emanating from France reveal that he is needed at the Ibrox, AOIFootball.com reports.

The former Sunderland striker has been penciled by Rangers head coach Steven Gerrard who is keen on strengthening his attack ahead of next week’s league resumption, with the club looking likely to lose star forward Alfredo Morelos who could be on his way to Lille.

Maja joined Bordeaux in January of 2019 from Sunderland but it now appears he will be reuniting with his mentor at Sunderland, Jermaine Defoe as both players shared the locker room during his time at the Stadium of Light.

The 21-year-old has had a fair start to life in France making 29 appearances since his purchase scoring 9 with injuries limiting him to fewer game time during his first full season with the club.

Should the transfer go through, Maja will become the third Nigerian on the payroll of the club, after Leon Balogun joined Joseph Ayodele Aribo at the club last week.

Staff Reporter - May 7, 2017
ALL CATEGORIES
SOUNDCLOUD