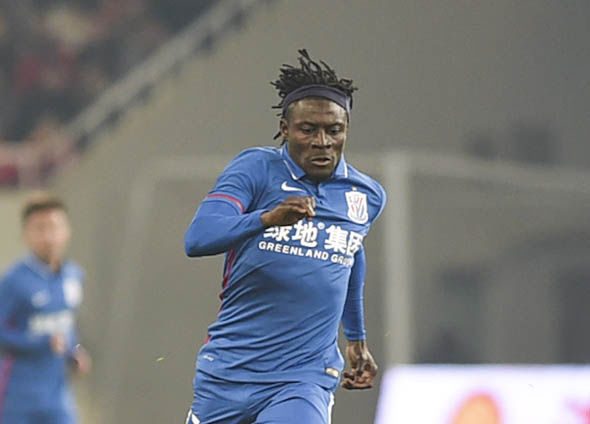 Former Super Eagles striker, Obafemi Martins started his first competitive game since April of 2018 when he made his first league start for Shanghai Shenhua who recorded their first league win of the campaign over Shenzhen Kaisa, AOIFootball.com reports.

The 35-year-old veteran striker only returned to competitive football last weekend after a two-year break, leading the line for the hosts who were hoping to bounce back from their opening day loss away at Guangzhou.

It however took Shanghai nine minutes to open the scoring when Mingjian Zhao made the most of a Xinli Peng assist to put the hosts ahead, a lead they strongly held going into the half time break.

Striker Baojie Zhu then doubled their lead three minutes after the break before the visitors pulled one back moments later via the boots of John Mary to make it 2-1 going into the hour mark.

Martins then made way after the goal with the host restoring their two-goal lead after the hour mark when Shin Wook Kim converted from 12 yards to make it 3-1.

Cameroon forward, John Mary then set up nervy final minutes when he again reduced the deficit to one goal deep into injury as he scored from the spot to make it 3-2 as She Shia held firm to earn their first win of the campaign.

Martins, who saw 55 minutes of action, did impress and earned a rating of 6.4, completing 90% of his passes, winning 3 duels, and also making one big tackle.

Ighalo delighted to have won Chinese Cup with Shanghai