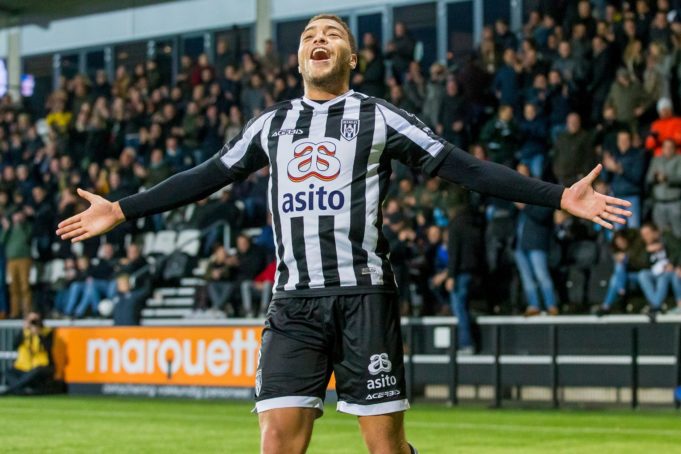 Super Eagles hopeful, Cyriel Dessers has refuted reports suggesting he could consider turning his back on Nigeria should he get a call–up from Belgium manager, Roberto Martinez ahead of a possible return to international football next month, AOIFootball.com reports.

Reports in some sections of the media stated that the 25-year-old may reconsider his decision to play for Nigeria but Dessers told AOIFootball.com exclusively from his base, that such stories are unfounded lies to attract website traffic.

“They made a story fromnothing. I didn’t even talk with Belgium and then they make a story.

“I said I hoped for a call (from Nigeria) in September, but that’s not even sure. That’s the coach who decides, It’s not in my hands.

The former Heracles Almelo striker further stated that the suggestion to play forBelgium was made by Luc Nilis a former Belgian player who suggested him to the coach but he remains committed to making his debut for Nigeria when international matches resume.

The 25-year-old was handed a debut call–up last March for Nigeria’s double header clash against Sierra Leone but failed to make his debut as the match was cancelled due to the outbreak of the deadly Coronavirus.

Dessers has however moved from Heracles Almelo in Holland to join Belgian side KRC Genk and has scored twice in two friendly games.