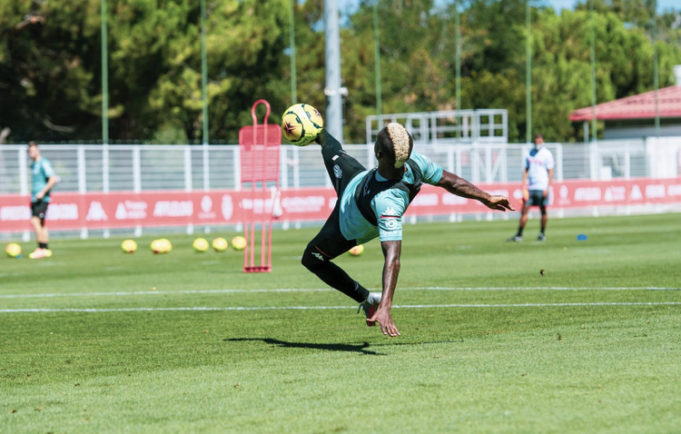 Super Eagles forward, Henry Onyekuru was the cynosure of all eyes when he dazzled in his first training with AS Monaco under the watchful eyes of new coach, Niko Kovac on Tuesday, AOIFootball.com reports.

Showing a glimpse of fitness and sharpness in front of goal, the Nigerian, who was given time off after leaving Turkish club Galatasaray following the end of his loan deal, returned to his parent club last weekend and joined the group for his first training.

New Coach Kovac was reportedly interested in the former Anderlecht speedster while at Bayern Munich but could not lure him to the Allianz Arena but he still hopes to work with him at Monaco.

Onyekuru is however itching to be part of the marksmen under Kovac and he showed such seriousness in training having banged in three goals, completed dribbles, and showed complete sharpness on the pitch.

To show that the club wants him to feature in their plans this term, his favourite jersey No. 7 was kept for him as he returned from loan.

AFCON: I’m excited about the goal against Burundi, Ighalo says