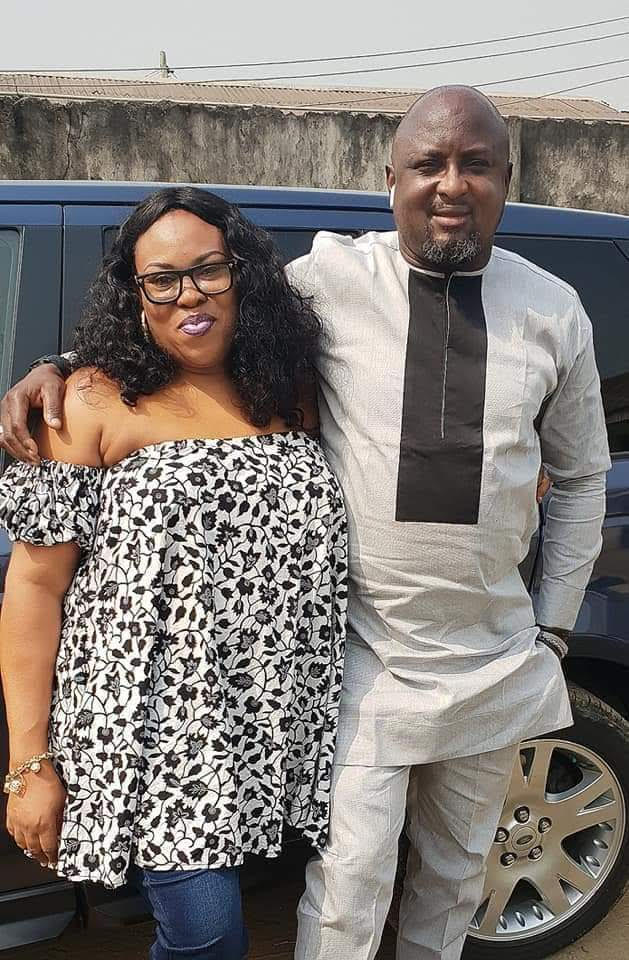 It is widely said that behind every successful man, there is a woman. It is also a known saying that a man’s success has a lot to do with the kind of woman he chooses to have in his life.
The above can be attributed to the Coach of Akwa United FC, Kennedy Boboye whose wife, Hermannia took to Facebook to pour out her heart emotionally towards her husband both in praises and prayers to God.
“Husbands are the best kind of gift a woman can get from nature,” began the Cross Rivers State-born mother of two.
“Therefore, I pray for the miracle of God to manifest in your life my husband, and every eye that sees you will see the goodness of God in your life from now till the end of time.
“I pray for your protection, and may you never walk where the devil and evil are present. I pray that God will direct your ways to success and your steps will be of greatness forever,” she prayed.
It will be recalled that Boboye won the NPFL title with Plateau United FC in 2017, after making a positive impact with Sunshine Stars FC of Akure.
In between these landmark achievements, he became one of the coaches at the homefront with the most unbeaten run in the NPFL, while with Umuahia-based side, Abia Warriors FC. The successes of the Rivers State born tactician are arguable evidences of his wife’s constant intercessions and prayers.
The actions of Hermannia Boboye futher authenticates a portion of the Holy Bible (Proverbs 18:22) that says: “He who finds a wife finds a good thing, and obtains favour from the Lord,” as the God- fearing woman committed her husband and children’s future into the hands of the Almighty.
She concluded: “May your tomorrow be brighter than today and may your old days be smoother than your young days. May our children be your biggest strength now and during your old age.
“May you not die an untimely death and may God Almighty show you His Mercy all your life in the name of Christ Jesus. Amen”.