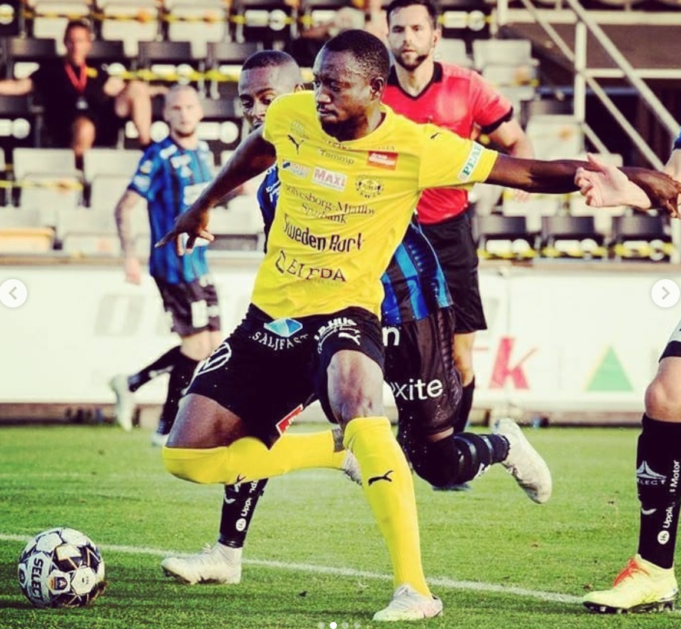 Nigerian forward, Moses Ogbu scored twice in the colours of Mjällby AIF to lead them to their first win in 7 games after beating AIK 3-1 to move back to the top half of the table, AOIFootball.com reports.

With three goals in his last three league outings, the 29-year-old lead the line for only the 5th time this campaign having mostly come from the bench since his switch to the club earlier in the year.

The Nigerian however made the most of his start as he put the host ahead after just 10 minute when he rounded off an electrifying counter-attack to strike home from a Mohanad Jeahze cross to make it 1-0.

Enoch Adu then equalized from the spot on 40 minute before Ogbu restored his side lead from the spot three minutes later to take a 2-1 lead going into the half time break.

Substitute Taylor Silverholt then ensured the points were safe when he netted four minutes after his introduction to seal a 3-1 win.

Ogbu was rightfully awarded the man of the match with a rating of 8.9, completing 5 of his dribbles attempted, winning 11 duels, and also completing 83% of his passes.