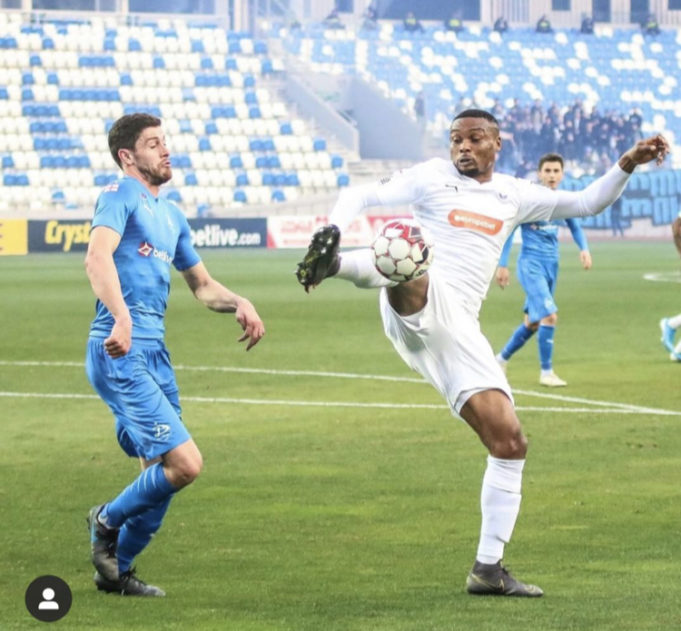 Super Eagles defender, Godfrey Oboabona continued his impressive performance for Georgian side Dinamo Batumi as he grabbed his first assist of the season to propel them to a huge 4-0 win away at Chikhura Sachkhere, AOIFootball.com reports.

With his side unbeaten in the league this campaign, the former Sunshine Stars of Akure defender started his fifth game of the campaign as the visitors hoped to extend their unbeaten run to 9 games and move up to second on the log.

They however needed just three minutes to register their intent when Giorgi Nikabadze put them ahead with a well taken strike before Oboabona set up Mamuka Kobakhidze two minutes before the half hour mark to make it 2-0.

Jaba Jigauri then made it 3-0 before half time as the visitors took a comfortable lead going into the break.

Jaba then completed his brace and Dinamo’s 4th ten minutes from time as the visitors moved up to second with 17 points from 9 games, one point behind leaders Dinamo Tiblisi with the league reaching its half way point.

Team of the Week: Odey dedicates nomination to teammates, fans