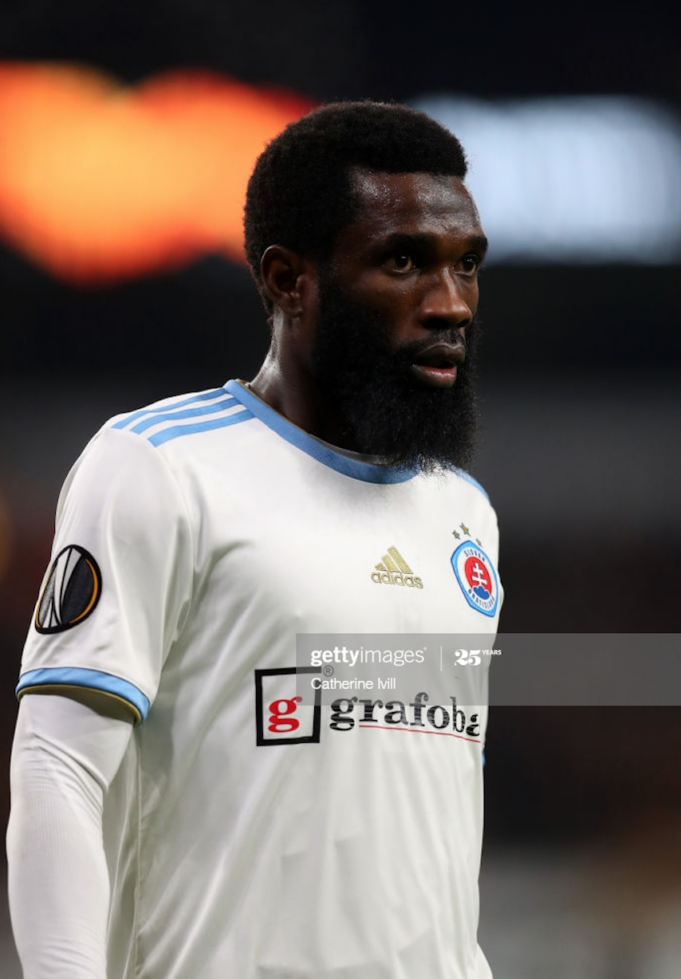 Former Super Eagles midfielder, Rabiu Ibrahim began the 2020/2021 Slovakian League on a fantastic note as he scored twice in the first half to help to defend champions Slovan Bratislava to a 5-0 win away at FC Nitra, AOIFootball.com reports.

The former Flying Eagles midfield maestro started in the heart of the midfield for the visitors who needed just 12 minutes to take the lead when Zan Medved made the most of a defensive mix up to put his side 1-0 up.

Rabiu then doubled his side’s lead seven minutes after the half-hour mark when he kneed home a cross from winger Moha before getting his brace 5 minutes later when his superbly curled ball took a deflection and flew into the post for 3-0.

David Strelec then put the game to bed when he made it 4-0 on the dot of half time with Zen Medved winding up the scores as he scored his second of the game after the restart to make it 5-0.

The 29-year-old Nigerian was then withdrawn 18 minutes from time as the visitors made life difficult for their hosts which struggled to make any meaningful opening in the encounter.