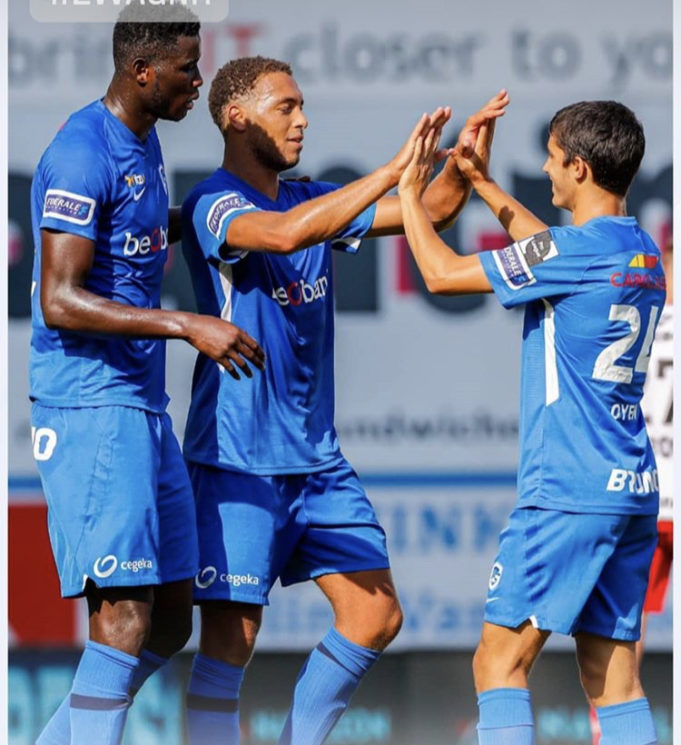 Super Eagles striker, Paul Onuachu came off the bench in the second half to inspire KRC Genk to an opening day win away at Zulte Waregem with compatriot Cyriel Dessers grabbing the winner to net on his debut, AOIFootball.com reports.

Having joined from Belgian side Heracles Almelo in the summer, Dessers led the line for the visitors with compatriot Paul Onuachu named on the bench while Stephen Odey was left out of the match day squad.

Genk however went into the break on the back foot when the hosts struck four minutes to half time via Olivier Deschact to take a 1-0 lead into half time.

The visitors then turned to the bench and Onuachu was introduced just before the hour mark as Genk going all out to find a equalizer.

The Nigerian however proved to be the inspiration as he equalized in the 73rd minute, making the most of a defensive mixup to make it 1-1.

Onuachu was then involved and he forced defender Ewoud Pletincks into handling the ball in his half under pressure and Dessers was given the opportunity to mark his debut with a goal.

The forward then stepped up and converted the penalty to hand Genk the lead and all three points.