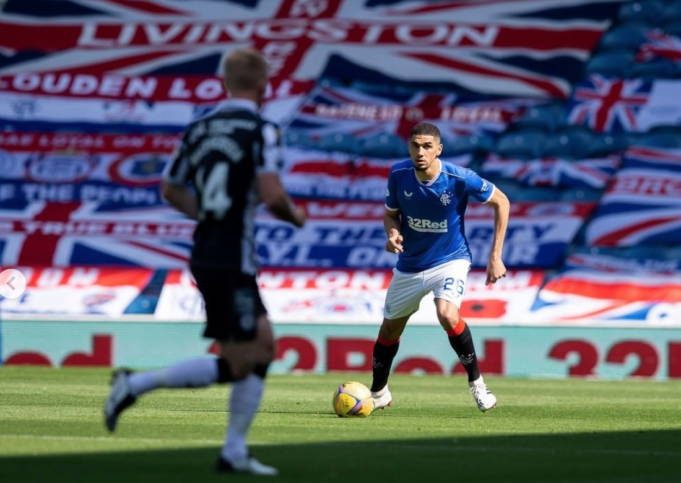 Super Eagles defender, Leon Balogun produced yet another near-perfect performance in the colors of Rangers to record his second clean sheet of the campaign in their 3-0 win over St. Mirren, AOIFootball.com reports.

Making his competitive home debut, the former Mainz 05 defender led the line from the back for the hosts who were hoping to put aside Wednesday’s Europa League elimination in the hands of Bayern Leverkusen.

They wasted no time as they piled up the pressure on the visitors who barely saw the ball in the opening exchanges with Rangers getting the lead after 23 minutes when Conor McCarthy put through his own goal to make it 1-0.

Wantaway forward, Alfredo Morelos then ensured there was breathing space between both teams when he made it 2-0 after the hour mark before the Colombian grabbed his brace five minutes later to move Rangers second on the log with 6 points.

It was, however, another good day for Balogun who only missed out on the man of the match to brace hero Morelos, but the Nigerian earned a big game rating of 8.1, making 3 clearances, 5 interceptions, 2 key tackles whilst also winning 10 duels and completing an incredible 91% of his passes.