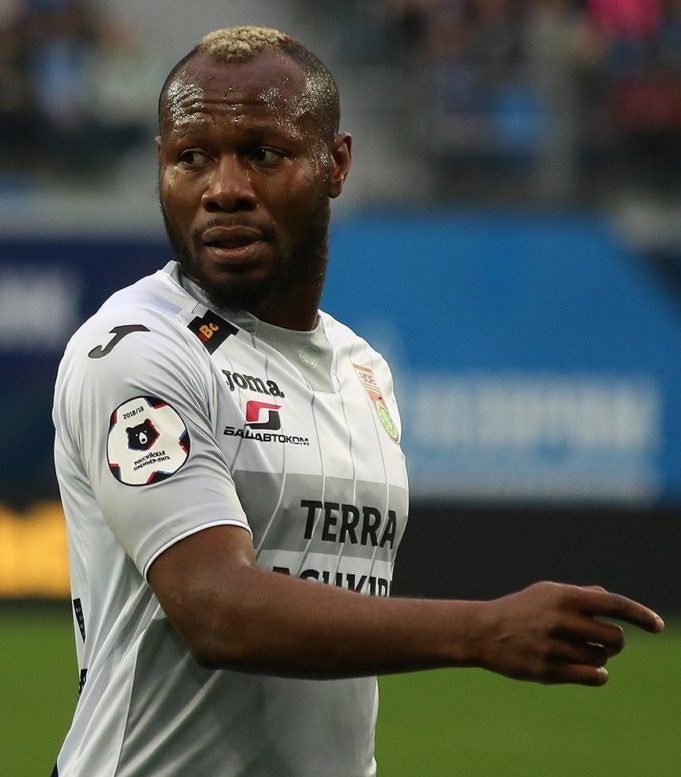 Nigerian striker, Sylvester Igbohun began the season with a bang as he scored his first goal of the campaign to help Dynamo Moscow to an opening day 2-0 win away at Ural Yekaterinburg, AOIFootball.com reports.

The 29-year-old was deployed on the flanks for the opening day clash as the hosts opted to go wide in a 4-2-3-1 formation.

They were however made to wait patiently before finding the game’s opening goal when Cameroon forward Clinton N’Jie finished off an electrifying counter-attack six minutes from half time to give Moscow the lead going into the break.

The goal will go on to bring the beat from the visitors who then doubled their lead just before the hour mark when the ever lively Igbohun reacted quickest to head home a Sebastian Szymanski corner- kick to make it 2-0.

The Nigerian was then withdrawn 14 minutes from time as the visitors held on to claim their first win of the campaign.

The former UFA forward earned a game taking of 7.9, completed 84% of his passes, won 8 duels, and also added 3 key tackles.