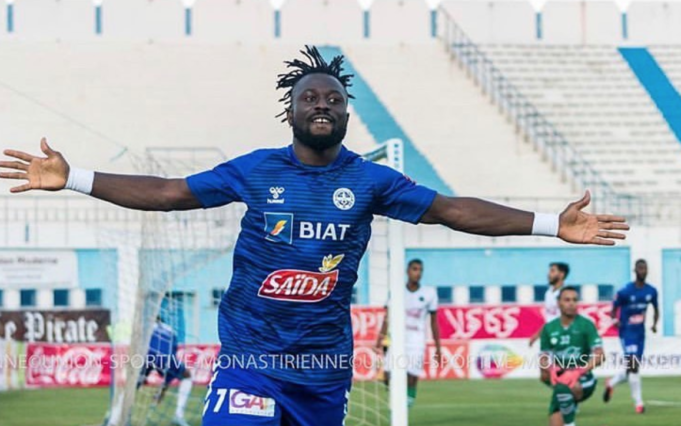 Nigerian international, Anthony Okpotu continued his impressive form in the Tunisian Ligue 1 as he struck in either half to help US Monastir to a 3-1 home win over Hammam-Lif to move up second on the log, AOIFootball.com reports.

Having fired blanks in his first two games since the league restart, the former NPFL goals king led the line for the hosts who were hoping to stretch their unbeaten run to 8 games having last tasted defeat in February.

The 26-year-old however wasted no time to open the scoring needing just 90 seconds I to the match to put his side 1-0 up and take his league tally to 11 for the season.

Ilies Jelassi then doubled Monastir’s lead six minutes later to make it 2-0 before the visitors pulled one back from the spot with the host going into the break with a 2-1 lead.

Okpotu then made sure the victory was secured five minute into the second half to seal all three points and give the host their 11th victory of the campaign.

The victory takes Monastir to second with 38 points whilst Okpotu remains ahead of the goal-scoring chart having now scored 12 goals in the league this campaign.