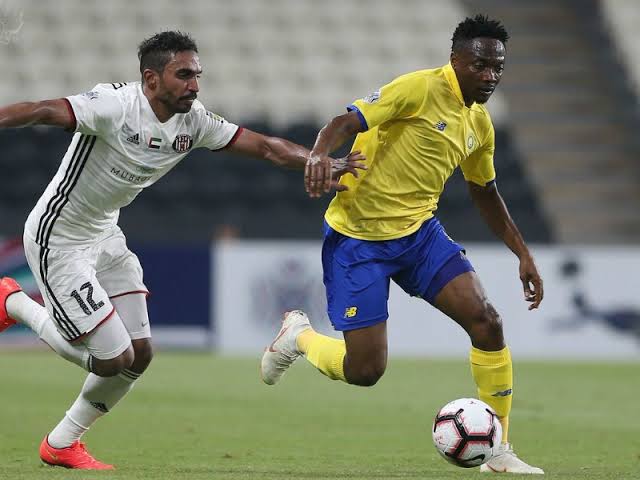 Super Eagles captain, Ahmed Musa grabbed a brace of assist on Thursday night to help Al-Nassr to a comprehensive 4-1 win away at Al-Taawoun to close in within six points of leaders Al-Hilal, AOIFootball.com reports.

The former Leicester City forward started his 17th game of the campaign and wasted no time in creating the game’s opener inside 5 minutes when he produced a dashing run on the flanks before squaring up for Abdulrazak Hamdallah who made no mistake to fire home for 1-0.

Musa was then involved twelve minutes later but was denied his second goal of the season by Nordin Amrabat who stole the ball from him just before his strike but he managed to grab his 7th assist of the campaign to make it 2-0.

Hamdallah then made it 3-0 shortly after the break but the hosts pulled one back via the boot of Heldon before Hamdallah completed his hat-trick nine minutes from time to seal a 4-1 win.

Musa, who was on for 68 minutes, earned a game rating of 7.7, completed 84% of his passes, created 2 big goal-scoring opportunities, made 3 key passes, and also won 4 of his duels.