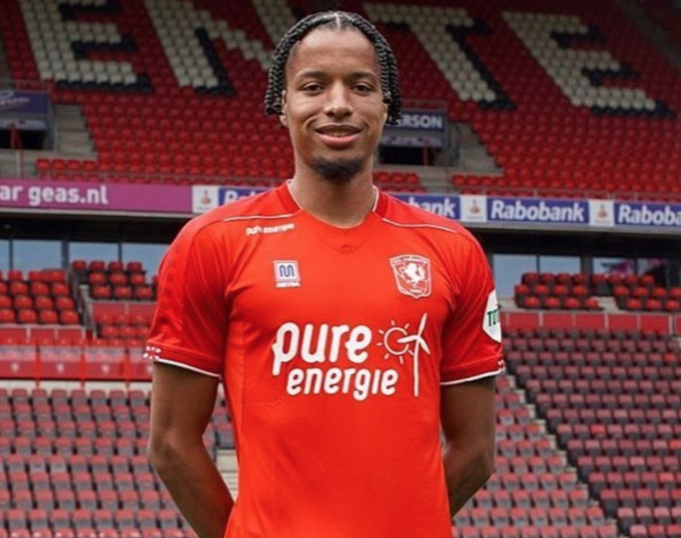 Super Eagles right-back, Tyronne Ebuehi has completed a season loan switch from Portuguese side  SL Benfica to Dutch Eredivisie side FC Twente and will spend the entire 2020-2021 season at the Grolsch Veste Stadium, AOIFootball.com reports.

The 24-year-old has struggled to break into the Benfica first team since his summer transfer to the club in 2018 from ADO Deng Haag but will now hope for an injury-free season having last tasted first-team football in July of 2019.

Speaking after his unveiling, an excited Ebuehi stated that he feels great to be back in Holland and is already looking forward to the new season.

“It feels great to be here at FC Twente. The conversations I had with the club were very positive and I am looking forward to playing here.

“In the past, I played against FC Twente with ADO. Twente is a big club and I want to prove myself here, but of course, also help the club,” Ebuehi enthused.

The defender, who has an option to remain at Twente beyond the loan agreement, has made seven appearances for Nigeria since his debut in November of 2017 and was an unused substitute in his last invitation when the Eagles drew 1-1 with Brazil in Singapore.

Championship: Troost-Ekong on target in Watford’s win over Coventry