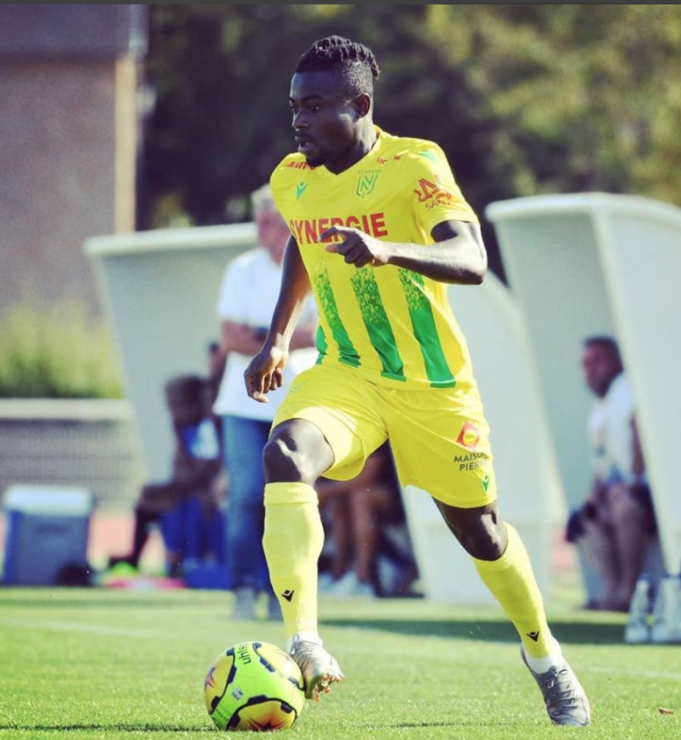 Super Eagles winger, Moses Simon picked up from where he left off last campaign as he produced a very solid performance for visiting FC Nantes who began the campaign with a goalless draw away at Bordeaux which has Josh Maja and Samuel Kalu on their side, AOIFootball.com reports.

Following a five-month wait of inactivity, the French Ligue resumed at the Matmut Atlantique for the matchday one fixture of the new season with the hosts handing a starter’s shirt to Josh Maja but Kalu was made to watch from the bench whilst Moses Simon started for the visitors.

The hosts however had a nightmarish start to the new season when highly-rated midfielder Mehdi Zerkane was shown his marching orders by the VAR with Moses Simon and his side hoping to capitalize on their one-man advantage for the remaining 70 plus minute.

Maja was then sacrificed at half time with the host shocking up the midfield with Kalu coming off the bench 15 minutes from time to try and phantom a winning goal.

Both sides however failed to shake the net after the 90 minute with Simon and his teammates returning to Nantes with a positive opening day point.

The former Levante winger was however the highest-rated Eagle on the pitch with 7.0 as against Majo (6.6) and Kalu (6.6) as he completed 3 of his 4 take ons, making one key pass, complaining 80% of his passes and also winning 3 duels.