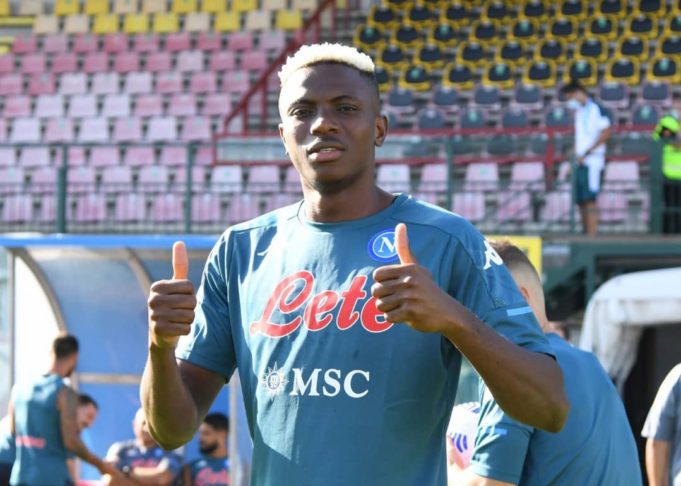 Super Eagles forward, Victor Osimhen showed glimpses of what to expect from him as he began life with Napoli as he scored a goal during his first training, AOIFootball.com reports.

The 21-year-old arrived San Paolo at about 1:30 pm on Sunday and immediately met up with his new teammates with forward Lorenzo Insigne among those who welcomed him with the rest of the squad.

Osimhern then joined the team on Monday for their first training session where thousands of fans were waiting at the Castel di Sangro to welcome their new signing, especially the Mayor of Naples, Angelo Caruso who was excited with his presence.

The Eagles forward however wasted no time as he scored from close range during the training season much to the admiration of the fans present at the stadium.