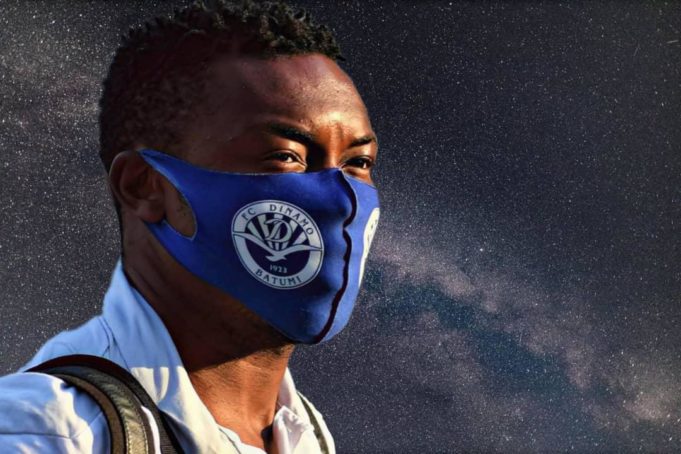 Having reached the halfway point in the 2020 Georgian League, Super Eagles and Dinamo Batumi defender Godfrey Oboabona has opened up about his time in the Eastern European nation, have established himself as one of the top defenders in the league, AOIFootball.com reports.

The 2013 AFCON winner, who spoke to AOIFootball.com exclusively from his base, said the fans have shown him plenty of love since his arrival at the club, whilst also describing the league as very hard and intense.

“The fans here are appreciative of me and I don’t even know how to describe the love they have shown me since my arrival. Some of them know I won the AFCON with Nigeria and they always smile when they see me.

“The league here is hard and intense because most of the players are young and they run too much. At the moment, the football here is going on here and I’m enjoying it because I’m back to my full shape,” Oboabona stated.

Speaking about his side’s chances of clinching the league title after topping the table in the first half of the campaign, the former Sunshine Stars of Akure defender added that he last won a trophy with Nigeria in 2013 and would do anything to rekindle that same special memory with the club.

“Hopefully, by God’s grace, we can win the championship. It will really make me feel great and happy again since I last won the AFCON in 2013. So is very important to me,” Oboabona concluded.

Dinamo Batumi currently tops the Georgia Premier League with 20 points, having gone the entire first half of the season unbeaten with Oboabona earning 14 of the 20 points for the club.