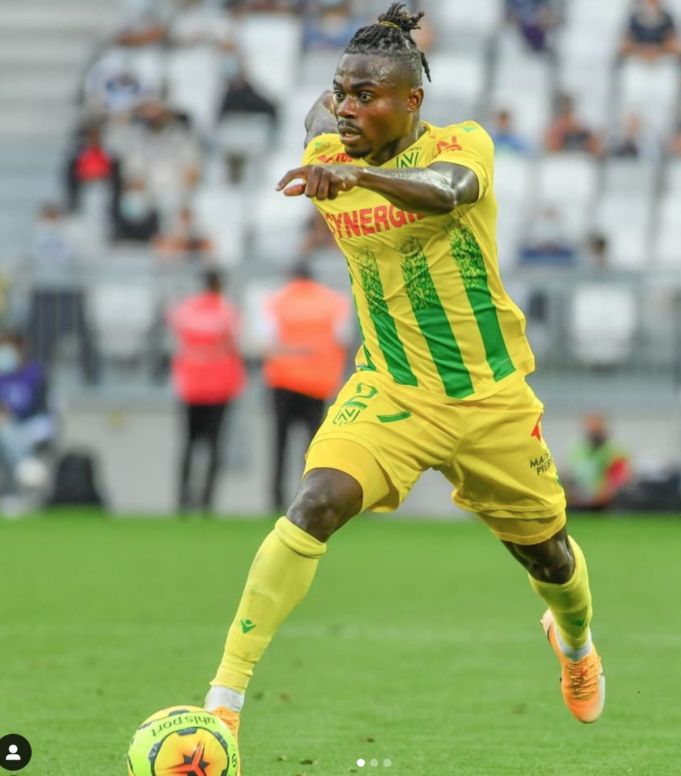 With 9 goals and 8 assists last season for his club, FC Nantes which saw him end up as the team’s player of the season, Super Eagles wing wizard Moses Simon has revealed he enjoys his position-switch role when on the pitch for his club.

Since joining the ‘Yellow Canaries’ last season, the former KAA Gent power player has contributed immensely to the good of the club as he understands that the collective goal is to win and he is ready to do whatever it takes to see to that.

Speaking to AOIFootball.com from his base, the AFCON bronze medalist stated that he feels happy and satisfied when the team wins.

“I’m for the collective goal of the club, so it does not matter where I’m told to play. “A lot of the time this switch in tactics happens when the game is going on and I heed to the instruction of the coach and I give my best each time too,” the former Levante of Spain winger said.

With a rating of 6.9, Simon was one of the star performers last weekend as his club recorded their first win of the season against Nimes.