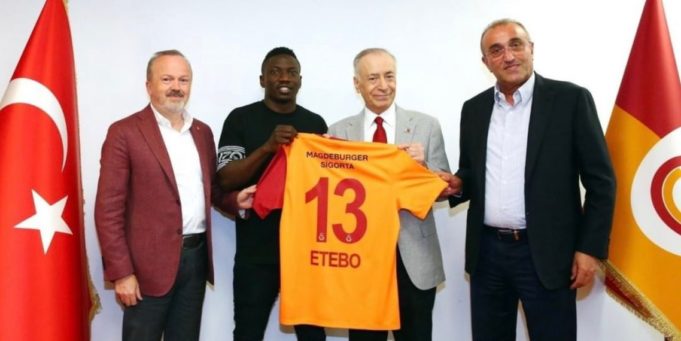 The former Warri Wolves midfielder spent the second part of last season at Spanish side Getafe but has now preferred to pursue a chance to play in Europe after moving the Turkish capital of Istanbul for the 2020/2021 season.

Etebo, who will wear the number 13 jersey, becomes the latest Eagle to play under the legendary Fatih Terim with Henry Onyekuru recently enjoying two successful loan spells with the former Turkish League champions.

“I am excited to announce my arrival at Galatasaray. I am looking forward to this amazing opportunity and I am happy to be part of such a historic club.

”Thank you to everyone at @stokecity and thank you to @dwsportsmanagement team,” Etebo twitted after his announcement.

Exciting Serie A has made me a better player, says Simy