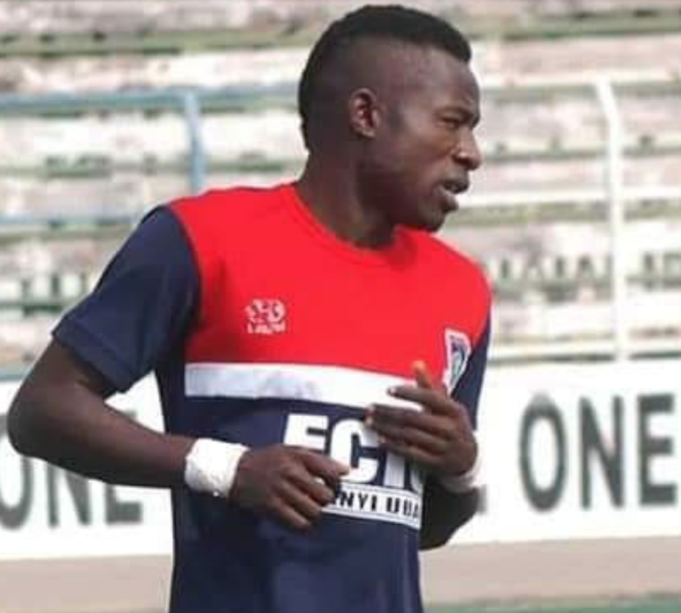 Nigeria Professional Football League side, Katsina United Football Club have acquired the services of former FC IfeanyiUbah attacker, Samuel Kalu, for the 2020/2021 league season, AOIFootball.com reports.
The pacey dark-skinned attacking prospect made this revelation in an exclusive chat with AOIFootball.com, shortly after negotiations on personal terms, before heading for medicals at a Government facility in Katsina State.
“I’m delighted to let you know that I will be plying my trade with Katsina United FC next season, said Kalu, who played 24 out of 25 league matches for FC IfeanyiUbah before the emergence of COVID-19 Pandemic.
“I’m happy to be here, and I will keep working hard to ensure that I get to the top as far as my career is concerned,” Kali added.
A top reliable source at the club also affirmed the news, stating that the Kano State born indigene of Abia, will be a massive addition to the Katsina based side.
“It’s true that Samuel Kalu is now a player of Katsina United FC; he has passed a medical and will be unveiled soonest, said the source.
“We’re so excited about his arrival at the club because he’s going to add a lot of value to the team,” the source said.
The former Jossy United FC attacker netted 7 goals and registered 8 assists for FC IfeanyiUbah last season.

I have the quality to succeed at FC Porto, says Nwakali