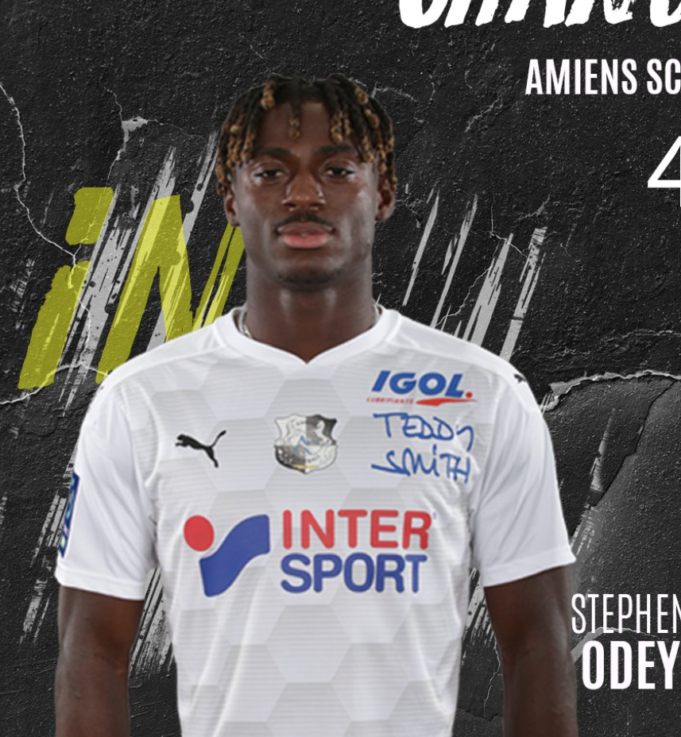 Former NPFL goal king, Stephen Odey had a sweet-bitter start to life in France as he made his debut for Ligue 2 side Amiens in their 1-2 home loss to Paris FC, AOIFootball.com reports.

Having joined on a season-long loan deal from Belgian outfit KRC Genk, the former MFM striker was named among the substitutes with the host-seeking for just their third league win since November of 2019.

The trend was however set to continue when they fell 1-0 down going into the break after the visitors broke the deadlock on 40th minute via the boots of Julien Lopez.

Odey was then introduced at half time for Cheick Timite but it was the visitors who scored again with Mustapha Name as they went 2-0 up inside the hour mark.

The former FC Zurich striker then gave his side a lifeline 20, a minute from time as he was brought down on the penalty box with Steven Mendoza stepping up to convert for 2-1.

The hosts however fought hard but failed to get an equalizer hence slipping to their second league defeat of the campaign.

Odey was however impressive in his 45-minute debut appearance, earning a game rating of 7.0, winning 4 duels, completing 67% of his passes, and also winning one penalty.