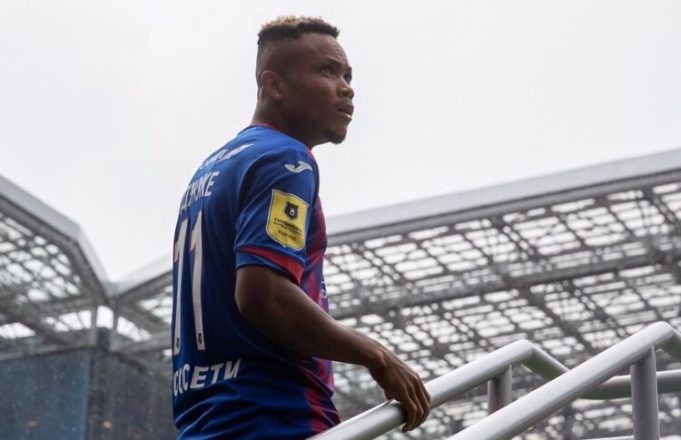 Nigerian youngster,  Chidera Ejuke scored his first goal for new club CSKA Moscow as they made light work of city rival Spartak Moscow to hand them their first defeat of the campaign, AOIFootball.com reports.

Having made his debut just before the international break, the former Heerenveen winger was once again named on the bench for the Moscow derby with the hosts hoping to close the gap on their city rivals.

They were however down inside the opening 15 minutes when Ezequiel Ponce converted from a Zelimkhan Bakaev assist to make it 1-0 before the host pulled level on the half-hour mark via the boots of Hördur Magnùsson.

Nikola Vlasic then turned the table around with a smart finish just before the half time whist with CSKA going into the break with a 2-1 lead.

Ejuke was then introduced after the hour mark with the pacy Nigerian getting the reward for his constant tenacity when he fired home his first for the club deep into second-half stoppage time to seal a 3-1 win for CSKA Moscow.

Despite being on the pitch for just 23 minutes, the 22-year-old still managed an impressive rating of 7.3, completing 2 of his 3 take-on, winning 3 duels, and also completing 57% of his passes.