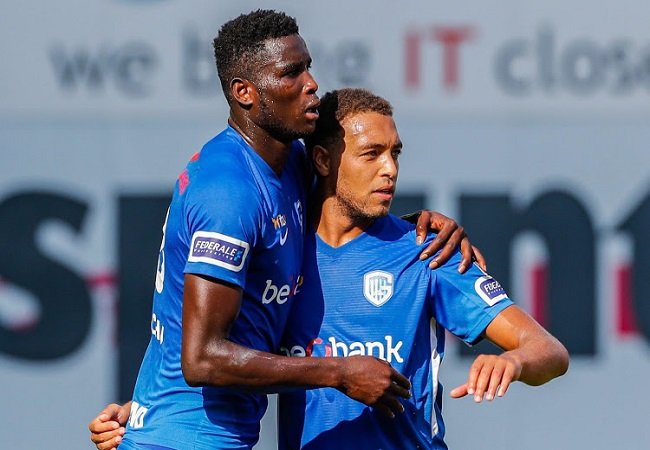 Nigerian internationals Paul Onuachu and Cyriel Dessers were both on target for the second league game this season as KRC Genk fell to their second defeat of the campaign after an embarrassing 5-2 loss away at newly-promoted K Beerschot V.A, AOIFootball.com reports.

With just one win in their opening four league encounters, the visitors were desperate for their second three points, with Onuachu making the starting XI whilst Dessers was dropped to the bench.

Raphael Holzhauser put the hosts ahead inside the opening 15 minutes with a well-taken finish before Onuachu leveled matters seven minutes later from the spot to make it 1-1 as both teams went into the break level.

The hosts however took the lead five minutes after the restart via Pierre Boursin before things got worse for Genk who had a man sent off just before the hour mark with Beerschot making the most of their numerical advantage as they scored again from the spot to make it 3-1 after the hour mark.

Dessers then replaced Onuachu afterward and the Super Eagles hopeful pulled one back from the spot on the 76th minute but the goal proved to be a mere consolation as the hosts scored two further goals to seal a 5-2 win leaving Genk in the bottom half of the table.

Despite the loss, the Nigerian duo however complete a perfect individual week for Nigerian players in the Pro League after the duo of David Okereke and Emmanuel Dennis also scored and assist for their club side this past weekend