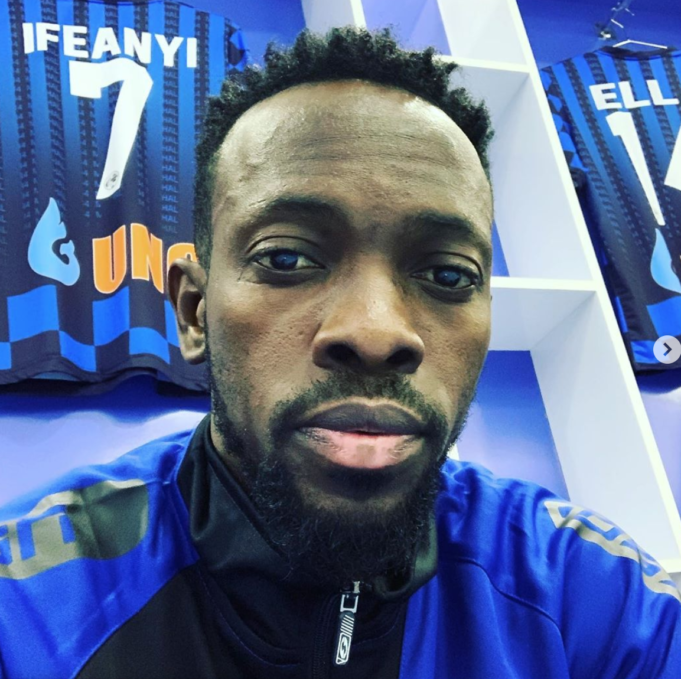 Former CHAN Eagles midfielder, Ifeanyi Ifeanyi has disclosed that he still has his sights set on a return to the Super Eagles despite playing in the Uzbekistan league with Mash Al Mubarak, AOIFootball.com reports.

The 25-year-old was in imperious form on Friday night as he helped set up the winner for his side in their 1-0 away win at FC Sogdiana Jizzakah and he stated that having come through the Flying Eagles he now wants to replicate that by playing for the Senior side.

The former Akwa United man however noted that his main reason for quitting the NPFL was to get the needed exposure with Eagles handlers twice urging him to do more to boost his chances of breaking into the team having been on the standby list twice.

“Yes, it’s actually one of my reason leaving the NPFL for Uzbekistan league at the moment, pending when better offers will manifest.

“I know full well that it’s difficult to break into the Super Eagles as a home-based player, which the coach sometimes explained this same situation to me when he invited me as a standby on two occasions.

“I look forward to an invite to the Super Eagles and I’m really working hard and patiently waiting for the time to come,” Ifeanyi said.

The midfield maestro has helped his newly-promoted side rise up to 8th on the log with 19 points from 14 games and he now hopes for an injury-free campaign to help his team achieve their season’s objective.