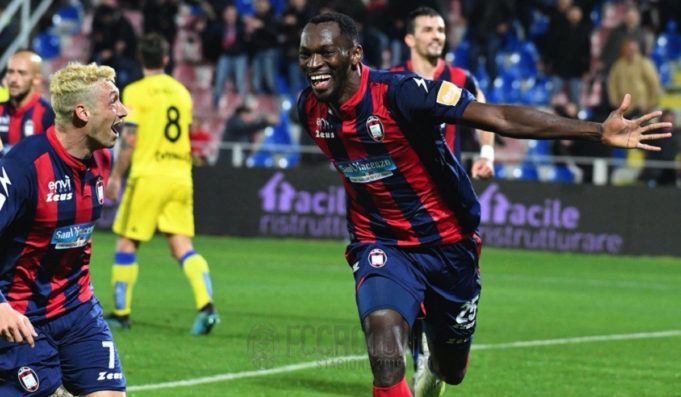 Ahead of the 2020/2021 Serie A season, Super Eagles attacker, Simy Nwankwo has said he his very much ready for the new campaign despite his side going into the new season as underdogs, AOIFootball.com reports.

The 28-year-old enjoyed an amazing 2019/2020 season in the Italian Serie B after netting 20 goals in 37 games to help his side claim automatic promotion to the Italian top flight, as well as claiming the golden boot in the process.

Simy however admitted that the experience this campaign will be entirely different as they must learn from their mistakes two seasons ago and ensure they remain in the league beyond the 2020/2021 season.

“We kick off on Sunday with a tough trip away at Genoa; it won’t be an easy game for us but we are very prepared for the game. It will be a really tough and long season but I believe we have the squad to do well,” Simy said.

The lanky forward wrapped up his preparation for the new season in style, scoring twice and setting up another as Crotone beat Serie C side Vibonese 6-1 in their final preseason game.

OPINION: African footballers want money, but do they really want the big bucks?