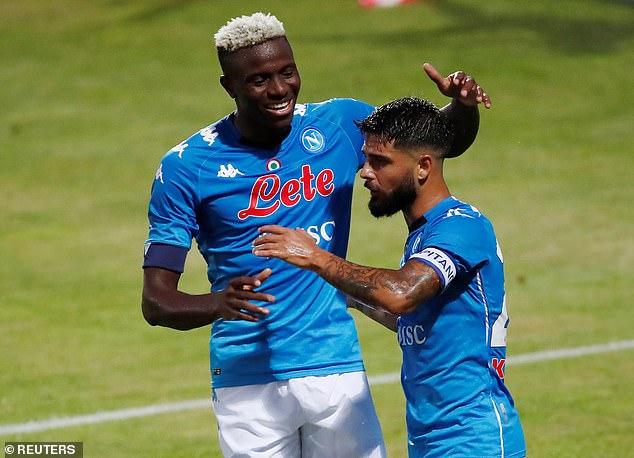 Super Eagles forward Victor Osimhen proved to be the motivating factor for Italian giants, Napoli, as he came off the bench in the second half to lead them to a 2-0 win away at Parma, AOIFootball.com reports.

The club’s record signing was surprisingly left on the bench by head coach Gennaro Gattuso who instead went with the trio of Lorenzo Insigne, Dries Martens, and Hirving Lozano to lead the line for the visitors.

But despite a dominant first half in terms of possession and chances created, the side from Naples failed to find the net with Gattuso turning to Osimhen on the hour mark in place of Diego Demme.

His substitution immediately sparked a change for the visitors who went up less than 90 seconds later with Dries Martens breaking the deadlock for 1-0.

The former Lille forward constantly ran down the hosts’ defence and then set up captain Lorenzo Insigne moments after the goal but the Napoli captain spurned what was a great chance to double his side’s lead.

Osimhen then had a chance to score on his debut but agonizingly saw his header go wide before he then fired wide from a tight angle moments after.

Napoli however got their second on 77 minutes when Insigne tapped home from close range to seal a perfect start to the season.

Despite not getting on the score sheet, the Nigerian finished with a rating of 7.0, created 4 big chances, completed 100% of his passes, and also contributed to the defense with 2 key clearances

Abdulquadir Adedapo - May 16, 2018
ALL CATEGORIES
SOUNDCLOUD