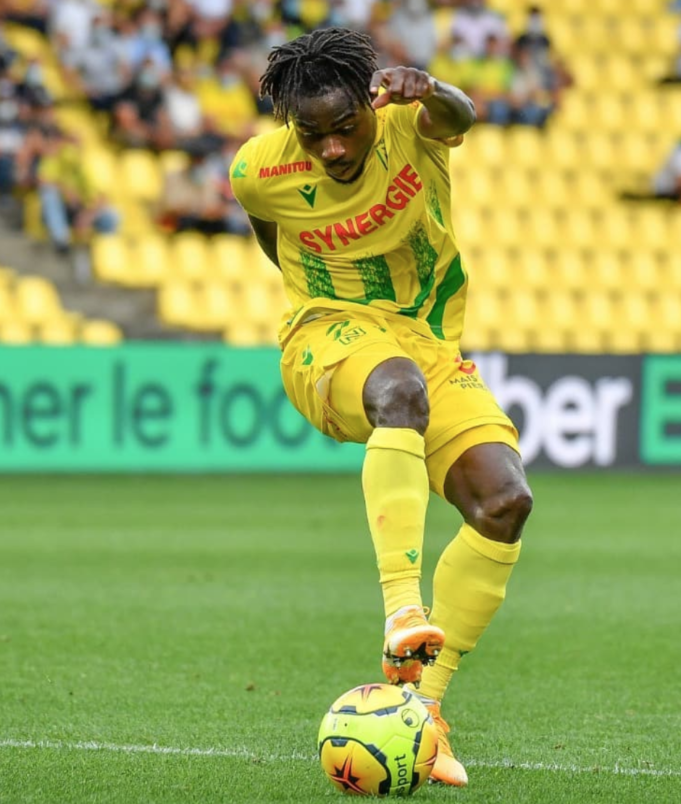 Super Eagles winger, Moses Simon got off the mark in the French Ligue 1 2020/2021 season as he inspired Nantes to a 2-2 comeback draw at home to Saint-Etienne, AOIFootball.com reports.

Without a goal or assist in his opening 3 league games, the 25-year-old was again named in the starting XI with FC Nantes hoping to make it maximum points from their opening two league games.

They however had a nightmarish start to the clash when youngster Adil Aouchiche opened the scoring for the visitors after he was set up by Yvan Neyou to put Saint-Etienne 1-0 up.

Moses then thought he had helped his side level going into the break when he set up Ranald Kolo Muani but the Video Assistant Referee came to the rescue as the hosts went into the break with a 1-0 deficit.

Just like in the first, the visitors again went ahead against the run of play as the impressive Aouchiche found Yvann Maçon and the defender headed home to make it 2-0.

Simon however led the revival when he reduced the deficit 19 minutes from time with a near post tapping after a cross from Dennis Appiah found him to make it 2-1 before substitute Renaud Emond ensured they grabbed a point with an equalizer five minutes from time.

Moses was rightfully adjudged the best FC Nantes player on the pitch with a rating of 7.4, and he made 3 key passes, won 5 duels, and also completed 75% of his passes.

Abdulquadir Adedapo - May 2, 2019
ALL CATEGORIES
SOUNDCLOUD