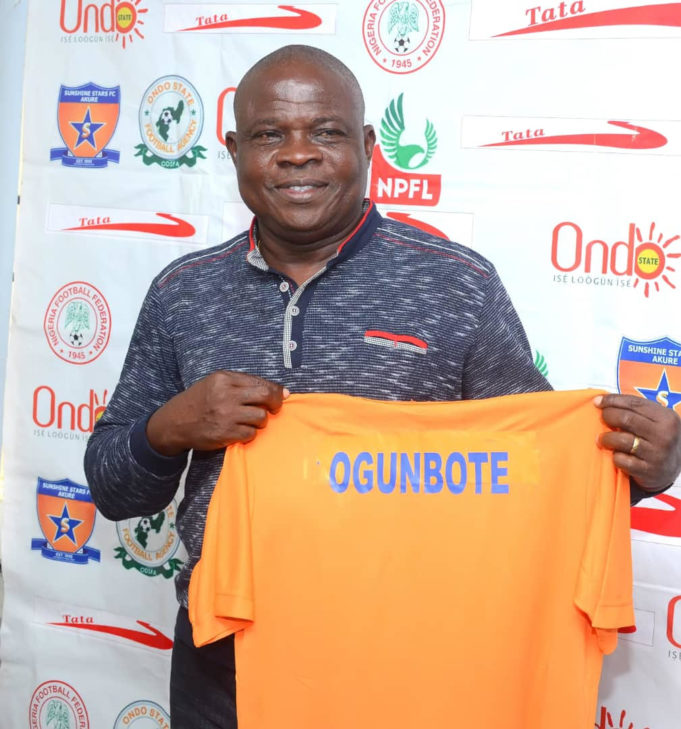 As coach Olugbenga Ogunbote makes a return to the club that brought him into limelight, Sporting Director, Babatunde Ogunja has thrown his full weight behind the Ogun State born football tactician to succeed at the club, AOIFootball.com reports.
Speaking exclusively to AOIFootball.com shortly after the unveiling of the former Enyimba, Rangers and Lobi Stars gaffer, Ogunja said there is no better time for Ogunbote to make a triumphant return to where it all started than now, adding that the “oracle”, as Ogunbote is fondly called, has an unfinished business to accomplish at the club.
“We’re giving Olugbenga Ogunbote the full backing to succeed at the club,” said the ex-international, who also doubles as a Director at the Ondo State Football Agency, ODSFA.
“We believe he still has a lot to accomplish with us, hence our resolve to bring him back to where it all started,” Ogunja said.
It would be recalled that the 2018 Aiteo Cup winner has gone on to build an intimidating profile after leaving the Akure Gunners almost a decade ago.
He has worked with the likes Sharks and Shooting Stars football clubs before teaming up with Enyimba Int’l, Rangers Int’l and Lobi Stars, where he recorded considerable achievement, and it is believed that he will be a success at Sunshine Stars FC.
“For someone who has arguably qualified teams and played more CAF inter-club competitions than any other Nigerian coach in the last decade, there is no doubting his ability to reproduce the same success with us.
“Both management, players and staffers are committed to giving him the needed support, because we all want him to succeed,” concluded Ogunja.

I’m ready to play on the flanks for both Club and Country, says Onyekuru