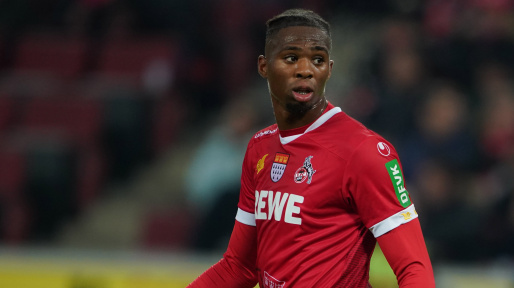 It was a mixed day for Nigerian players in the German Bundesliga as right-back Kingsley Ehizibue stealing the show despite his side’s 1-0 loss whilst there was a debut for new Koln man Tolu Arokodare, AOIFootball.com reports.

Felix Udokhia: The Eagles hopeful scored his first goal of the campaign to help FC Augsburg to a shock 2-0 win at home to Borussia Dortmund.

The former Germany youth International opened scoring on 40th minute before Daniel Caliguri doubled the host lead just before the hour mark to seal a comfortable win for the host who moves up to first on the log with maximum points from their opening two games.

Taiwo Awoniyi: The Liverpool loanee made his debut for new club Union Berlin as he started in their 1-1 draw away at Borussia M’gladbach with Fellow Nigerian Anthony Ujah not in the matchday squad for the visitors.

Awoniyi was however withdrawn just before the hour mark with the striker having a relatively quiet game with a rating of 6.4, completing 70% of his passes, and winning just 2 duels.

Kingsley Ehizibue and Tolu Arokodare: A surprise exclusion from the Eagles upcoming friendlies next month, right back Kingsley Ehizibue produced a team man of the match performance in FC Koln 1-0 loss away at newly-promoted Arminia Bielefeld.

The former PEC Zwolle defender featured for the entire match duration and earned a rating of 7.3, making 5 key tackles, 2 interceptions, 1 clearance, and a block shot each, winning 9 duels and also making one key pass

There was also a debut for new signing Tomi Arokodare who joined on loan from Latvia, with the lanky forward coming on in the 76th minute to have the first feel of German football.

Ideye ready to return with goals for FC Malaga