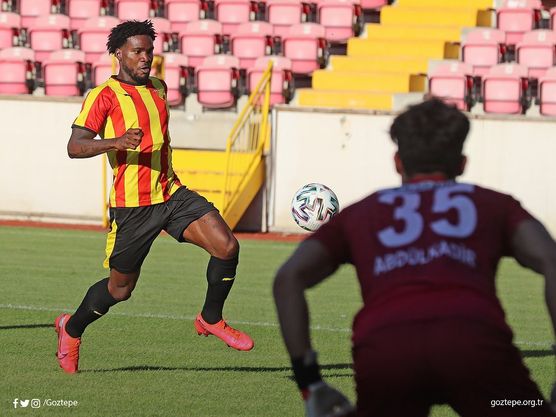 Former Super Eagles attacker, Brown Ideye continued his fantastic life at new club Goztepe as he scored his first goal to help them to a point in their 2-2 draw at home to Gaziantep FK, AOIFootball.com reports.

The 31-year-old joined the club as a free agent last month, marking his debut with an assist at home to Denizlispor and once again leading the line for the hosts who were seeking to extend their winning start to 3 games.

They were however undone 7 minutes into the match when Muhammed Demir opened the scoring for the visitors, a lead they held going into the half time break.

The hosts then pulled one back five minutes into the half when Soner Aydogdu equalized to make it 1-1 before Ideye got in on the act with his first goal for the club just after the hour mark to make it 2-1.

But with the final whistle just seconds ahead, the visitors got their equalizer from the spot in additional time with both teams settling for a share of the point.

Ideye did produce another impressive outing with a rating of 7.0, completing 78% of his passes whilst also winning two duels.