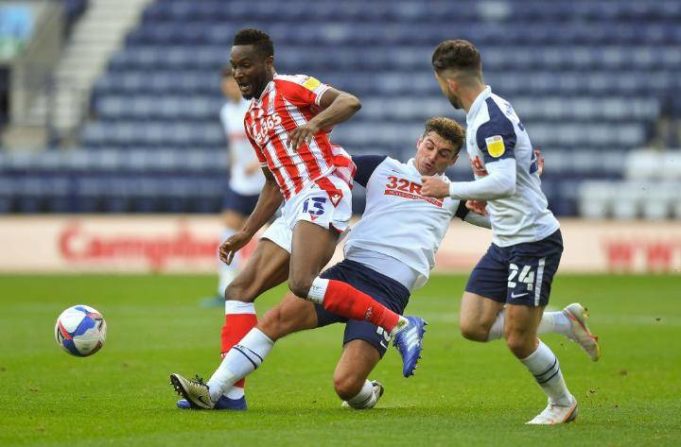 Former Super Eagles captain, John Mikel Obi once again showed his midfield dominance for Stoke City as he helped them reach the quarterfinals of the Carabao Cup for the first time in five years following their 1-0 win away at high flyers Aston Villa, AOIFootball.com reports.

Having always been rested for the cup ties, the 2007 Carabao Cup winner was in the lineup for the Potters in what was a tough game against their Premier League opponents who were riding on confidence after a brilliant start to the new campaign.

However, a first-half strike from Sam Vokes in the 26th minute was all the visitors needed as they reached the quarterfinals and set up a date with another Premier League side Tottenham, with Mikel making an emotional return to the manager who gave him his first chance to excel in England.

The former Chelsea midfielder featured for the entire match duration, earning a rating of 6.8, completing 88% of his passes, making one clearance, and also one key blocked shot.

Elsewhere at the Brentford Community Stadium, it was a disappointing debut for the duo of Ola Aina and Ademola Lookman who could do little to help Fulham as they crashed out of the cup after their 3-0 loss away at Brentford.

Having joined on a season loan deal, the Eagles full-back started his first game for the club whilst Lookman another loan acquisition came off the bench in the second period as goals from Marcus Forss and a brace from Said Benrahma ensured the championship side progressed.

Meanwhile, on Wednesday there was joy for the duo of Alex Iwobi and Odion Ighalo who both progressed to the quarterfinals of the competition following wins over West Ham United and Brighton.

Iwobi came off the bench after the hour mark for the injured Richarlison and was responsible for his side third goal when his well-struck short hot the woodwork with the return ball falling kindly for Dominic Calvert-Lewin who tapped home for 3-1.

Ighalo on the other hand saw 69 minutes of action before he was replaced by Paul Pogba as Manchester United made light work of Brighton and Hove Albion following a comfortable 3-0 win.

Nwankwo scores as Crotone come from behind to beat Udinese, 2-1